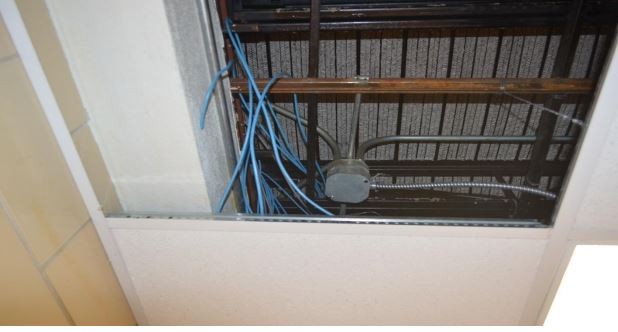 It’s never nice to be without the Internet. When I take a flight and there’s no Wi-Fi, I might grumble. The same is also true when my ISP shits the bed, and I’ve got to wait a few hours for them to send a technician out.

Which is why I’ve got a grudging appreciation for the inmate of Marion Correctional Institution in Ohio who built two clandestine computers, hid them in the ceiling, and connected them to the Internet via the prison’s network.

The prison authorities first realized that something might be amiss when informed by the institution’s computer support team that a device had “exceeded an internet usage threshold”. Upon closer inspection, they discovered the credentials were used on days when the employee wasn’t scheduled to work.

It turns out that several enterprising inmates had MacGyver’d a computer together from several spare components, and hid it on a sheet of plywood hidden in the ceiling.

The parts purportedly came from a program where inmates break down computers in order to learn basic computer maintenance skills, and to recycle the obsolete parts.

Inmates transported these components through the institution — a distance of over 1,100 feet — without being checked by security.

And what happened once they’d got online? Well, unsurprisingly, they used them to break the law. One inmate, Adam Johnson, used the computers to apply for credit cards under the name of another inmate.

Others used the machines to commit tax fraud, and to issue security passes that gave them access to restricted areas.

According to the BBC, a forensic analysis of the hard drives uncovered articles about drug manufacturing, explosives, and carding. Unsurprisingly, prison authorities also discovered a veritable mountain of smut.

The incident took place in 2015, but details only just became public. It lead to an audit of the prison for any further clandestine computers. The five inmates responsible were later moved to other prisons.