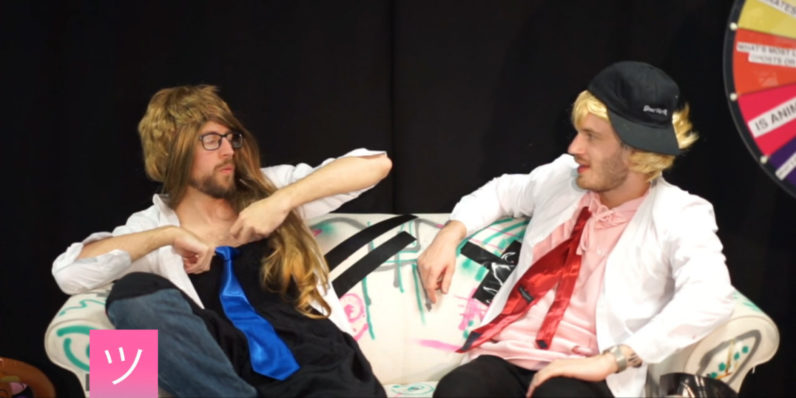 After making a name for himself on YouTube, Felix Kjellberg aka PewDiePie is now headed to rival platform Twitch with a new brand and a new show.

Under the banner Netglow, PewDiePie will star in a talk show of sorts called ‘Best Club‘ along with fellow streamer Bradwoto. It’ll be broadcasted live on Sundays at 11AM ET and it looks like a lot of randomness, including Bradwoto wearing a dress and flying a broken drone and PewDiePie spinning a wheel to figure out what the duo will stage an impromptu debate about (I’m not the show’s target audience).

Kjellberg insisted in a Youtube clip titled ‘YOUTUBEISOVERPARTY’ that he’d planned to start up his new venture on Twitch before he faced backlash for an unfunny video that contained an attempt at ironic anti-Semitic humor, and before YouTube saw major advertisers leave its platform after it was found that ads were shown along with racist, homophobic and hate speech-filled videos.

The idea with Netglow is to bring in revenue through viewers’ donations, as opposed to money made from ads displayed along with PewDiePie’s YouTube clips. That might make sense for Kjellberg, given that his content may not always go over well with his corporate patrons (he was dropped by Disney and also by YouTube’s paid video platform earlier this year for the aforementioned gaffe).

PewDiePie isn’t killing off his YouTube channel at this point, but he will be dividing his time between the two platforms. It’ll be interesting to see if the move incites other YouTubers to also explore a similar strategy; with more than 53 million subscribers, Kjellberg is a major influencer in the online independent video space.

Find Netglow and the first episode of Best Club over on Twitch.