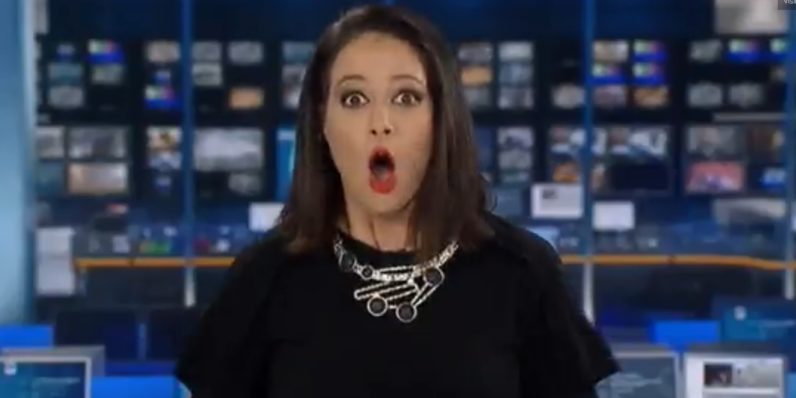 In case you missed it, one newscaster in Australia became a meme in record time when she was caught daydreaming on-air. Now she’s been demoted for her reverie, and the internet is not happy.

Natasha Exelby, a freelance reporter for ABC News 24 in Australia, was covering late-night news over the weekend when caught in a moment of contemplation. She reacted exactly as anyone would when she realized the cameras were on, and quickly got back to business.

That feeling when you're caught daydreaming at work :) (via @UmmRKSZ ) #mediawatch pic.twitter.com/lRkTbpygfo

Apparently this slip-up, though brief, was enough to get her banned from future on-air appearances at News 24, according to the Daily Telegraph. Now, the internet at large and Exelby’s fellow reporters are rushing to her defense.

Someone’s already started a petition to get her reinstated, which has about 2,900 signatures so far. Several politicians have reached out in support, including one who threatened to raise the issue with the Senate:

Ok. If people think that is a complete bullshit overreaction that should be raised in SENATE ESTIMATES can you retweet and let me know? pic.twitter.com/31r2xfYlRb

For their part, other reporters are tweeting their own hilarious gaffes on-air (which presumably didn’t get them fired) under the hashtag #PutYourBloopersOut.

@NatashaExelby i'm glad my LITTLE thing wasnt on the ABC they would have had me castrated.#putyourbloopersout

This treasure trove of bloopers is good for a laugh, and honestly it’s surprising some of these didn’t end with a firing.

@Kieran_Gilbert @byrnesh I once broke down in childish giggling on Sky News after Tony Abbot said he was "between two stools".

Read next: Phone calls won't be allowed on US flights anytime soon, but maybe that's a good thing