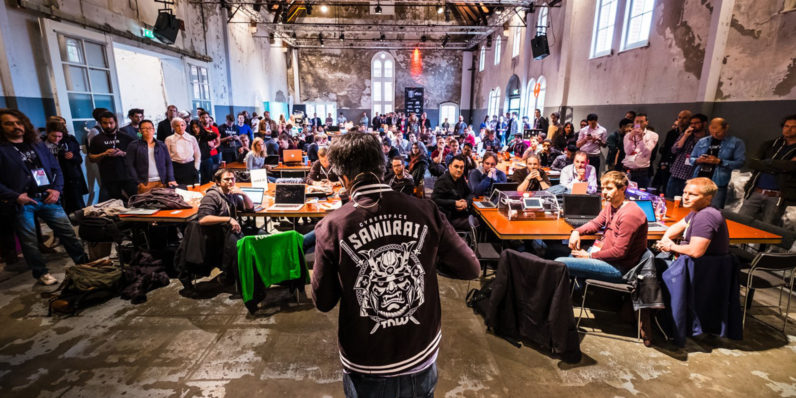 Unless you’re Mark Zuckerberg and can afford a truly automated home, you probably haven’t had the opportunity to hack together cool new software using a wealth of IoT data.

At this year’s Hack Battle, we’re hoping to change that.

Battle of the Sensors

We’re no strangers to organising a kick-ass hack battles (check out the video below). That being said, the hack battle that is coming up in Amsterdam in May will be of another level.

At the TNW Conference 2017 ‘Battle of the Sensors’ we’re inviting you, 200 great developers and creative designers, to spend 36-hours on developing prototypes of applications based on a sandbox of data points and API’s.

We’ll place a grid of sensors throughout the entire conference terrain that register tons of data points like waste, foot traffic, speech recognition, energy use, and more.

After 36 hours, all products will be presented at TNW Conference in front of a large audience of industry experts. Check out some of the amazing projects and startups we’ve seen flourish out of the competition here.

Last year, Travis Kalanick (CEO and Founder of Uber) dropped by for a surprise visit and opened the battle that day. This year the Hack Battle will be powered by the cloud communication champs over at MessageBird, and sponsored by Radix, Mollie and The Things Network, with many more partners to come.

The Hack Battle starts on May 17th, a day before the kickoff of TNW Conference. Every hacker participating in the hack battle will get to enjoy TNW Conference 2017 afterwards for free – and of course, the food, drinks (beer, lot’s of beer) and fun are all on us too.

Interested in joining for TNW’s Hack Battle? You can sign up at hackbattle.tech and maybe you’ll get to join 30.000 technology enthusiasts and dozens of speakers attending this year’s edition.