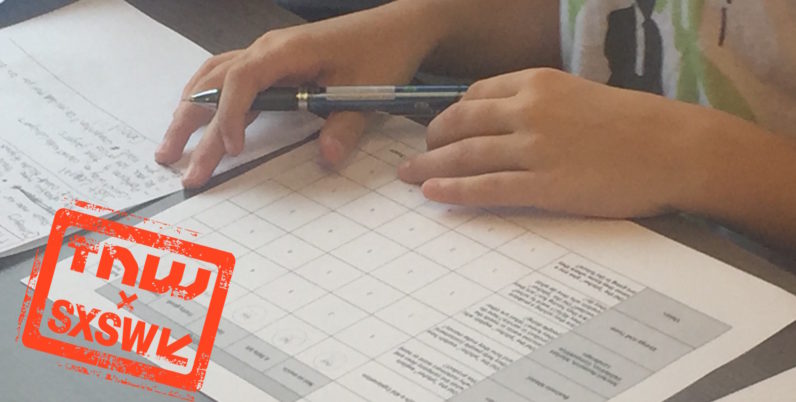 Three entrepreneurs stand up in front of a panel of four to pitch start-up idea. However, all of the judges on the panel are under the age of 13.

The founders pitched their ideas, including a fitness app and a legal website. Some of the ideas, you’d think, would be hard for kids to digest, but each managed to break it down for their young audience.

The kids scored each pitch for vision, business model, and potential growth. After the pitch, each grilled the presenter about their idea.

Make no mistake, though: these kids were sharp. They gave the pitch I liked the most the lowest score because they could tell the presenter was deflecting their questions about the future of her app. For each person, they asked “Why do I/people need this?” and obviously expected a satisfactory answer.

While I wasn’t close enough to the hotseat to analyze the kids’ specific facial expressions, it was easy to see when they disengaged. Their body language spoke more about the pitch than the actual presenters did.

The workshop was presented by Pitch-A-Kid and hosted by founder Mike Millard. His daughter Audrey was one of the judges. According to Millard, the idea for workshops like these came from him explaining his ideas to his daughter, who was an eager listener. He hopes to both help entrepreneurs improve their communication skills and inspire children at the same time.

Millard said he’d asked several entrepreneurs if they’d pitch to kids, and those who didn’t have kids would often be the first to say “No.” But when I asked the entrepreneurs whether it was uncomfortable pitching their product to kids, the answer was a universal “yes,” and two of the three had children of their own.

So apparently kids are wild cards to everyone.

Read next: SXSW and the oddly unchanging art of waiting in line