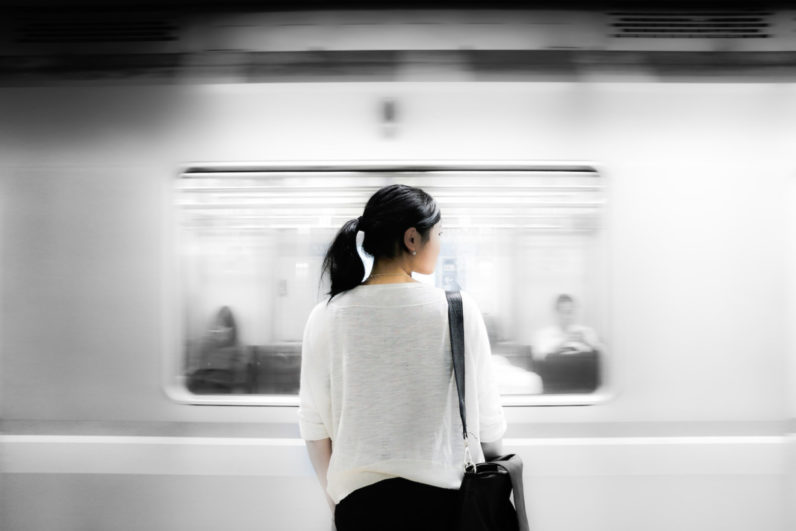 The climb to the top can be tough going for anyone.

But as women, there are particular hurdles that can make the journey upward toward positions of power and influence especially challenging.

Did you know that despite all the efforts, the gender gap in tech is actually getting worse?

In 1984, 37 percent of computer science graduates were women. Today, that number is just 18 percent. Data from the Census Bureau show a similar decline in the workplace.

How the hell did that happen?

Whether we’re forging our own paths or following in the footsteps of those who’ve gone ahead, these trailblazers, innovators, explorers and disrupters can encourage, motivate and push us to reach new heights – in business and in life.

Here are the top issues with the gender gap and some badass quotes from some badass women on how to overcome them.

Both men and women have been shown to have biases. While unintentional, unconscious bias numbers are particularly high.

In fact, according to one survey, 88 percent of respondents said they’ve watched a client or coworker ask a male colleague a question that should have been addressed to them.

More than 80 percent said that they’ve dealt with demeaning comments from male colleagues — or have encountered a client or coworker who made eye contact with male colleagues but not with them.

Business is an uphill battle, but you can make sure you’re prepared.

I’ve always competed with the boys… so all my life I’ve lived with those sour ones who don’t think a girl can do it, or playing nice on what they perceive as their turf means getting stepped on. I’m used to it – I don’t dwell on it much – but I can say that those boys best come prepared, ’cause girls like us never aren’t. — Laura Lippay, Organic Search and Technical Optimization Lead, Netflix

And Joanna Coles, Chief Content Officer of Hearst Magazines has a great tip for when meeting clients for the first time:

Always say both names. That’s what a man would do.

There’s a well-documented confidence gap between men and women. On average, women tend to aim for lower-paying jobs. Not only does this does this render the important contributions that women make to the economy, but also wastes years of investment in educating girls and young women.

As Head of Talent Acquisition for Shazam, Ruth Penfold, explained to Unicorn Hunt:

Women are terrible [about] undervaluing their experience… I caught myself doing that, then I held myself to account on it by writing out all of the brilliant attributes that enabled me to land my role, and all the great achievements I have made there that have enabled me to keep it.

We need to get the message out there that we’re just as capable, knowledgeable and talented as our male counterparts and most importantly, we have to believe that we are.  – Yessi Bello Perez, senior reporter, Tech City News (source)

Strength shouldn’t have a negative connotation

Another study found that in collaborative group settings, women spoke was significantly less than their male counterparts – speaking less than 75 percent of the time than men.

Men are encouraged to speak up and to be assertive, and women are not. But a woman with entrepreneurial aspirations must make herself heard.

A woman with a voice is by definition a strong woman. But the search to find that voice can be remarkably difficult.

So find your authentic voice and use it. Even if you stumble a bit.

True leadership stems from individuality that is honestly and sometimes imperfectly expressed… Leaders should strive for authenticity over perfection. – Sheryl Sandberg, COO, Facebook

Fear causes procrastination, avoidance behavior, overwhelm and inaction. It’s something that everyone experiences. But the fear of failure can be particularly strong for female entrepreneurs.

As studies have shown, women tend to be more risk-averse than men.  So ask yourself, what’s the worst thing that can happen?

We need to accept that we won’t always make the right decisions, that we’ll screw up royally sometimes — understanding that failure is not the opposite of success, it’s part of success. – Arianna Huffington, Huffington Post founder

Remember, the journey to excellence is marked by your ability to always be striving towards growth. Just as Katia Beauchamp, cofounder and CEO, Birchbox says:

Go forth and kick ass

Sick of playing politics, working hard and receiving too little in return for their efforts? Maybe you’ve got an independent and tenacious streak? Perhaps it’s a sign you should start your own company.

Don’t let being a woman hold you back from the leader that you’re destined to be. – Jamie Farsnel, Due

Take in these little bits of wisdom and go conquer the world. But remember, the gender issue is an ongoing battle:

Don’t just stand for the success of other women – insist on it. – Gail Blanke, President and CEO, Lifedesigns

Read next: The White House's favorite 'secure' messaging app is riddled with bugs