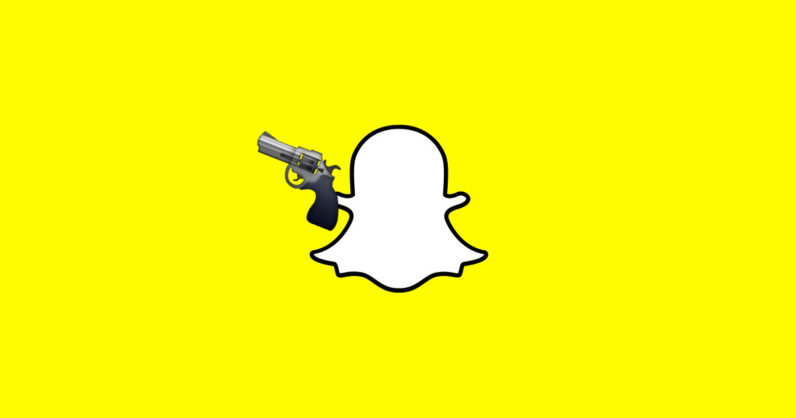 Explosive emails obtained by Mic have painted Snapchat in a negative light, after it asked a gun safety charity for a six-figure payout to prevent NRA adverts playing on its videos.

Everytown for Gun Safety is an advocacy group that focuses on gun safety and violence issues. According to Mic, it reached out to Snapchat in 2016 to enquire about an advertising campaign for its #WearOrange event, held on National Gun Violence Awareness Day.

A Snapchat representative, Rob Saliterman, responded to Everytown with a quote of $150,000. This would allow Snapchat users to engage with the event using custom filters and lenses created specifically for it.

But here’s where it gets particularly sordid. Because what Saliterman, who works as Snapchat’s Head of Political Sales, didn’t realize is that the Snapchat news team had reached out to Everytown, offering to feature the event as a Live Story for free.

Realizing that another department within Snapchat had undercut him, he fired off an email suggesting that Everytown pay up, lest National Rifle Association (NRA) adverts appear on their videos.

“I would urgently like to speak with you about advertising opportunities within the story, as there will be three ad slots. We are also talking to the NRA about running ads within the story.”

The NRA is a deeply controversial and polarizing gun advocacy group. While some argue that it exists to vigorously defend the Second Amendment, others argue that the NRA has stifled any meaningful attempt at reasonable gun control reform.

The juxtaposition of an NRA advert alongside an Everytown video would be unfortunate, to say the least.

Ultimately, Everytown decided to refuse both the offer of a free Live Story, as well as Snapchat’s paid advertising stories. The video sharing app later ran an Our Story called “Guns in America”.

Read next: Norwegian site fights troll rants by making them pass a quiz before commenting