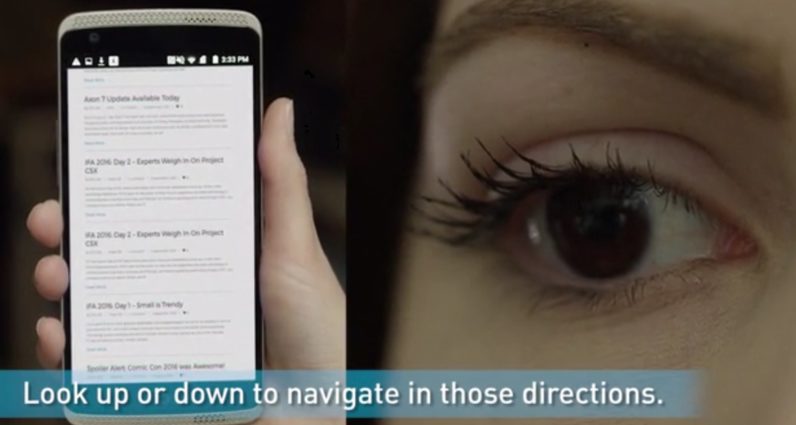 ZTE did something pretty cool last year when it asked users to submit ideas for a crowdsourced phone – dubbed Project CSX – eventually settling on an eye-tracking device tentatively called the Hawkeye. But after all that hullabaloo, ZTE has decided to kill it’s Kickstarter campaign and go back to drawing board.

The winning CSX concept garnered popular support for both its wacky ideas – the phone was supposed to be able to magically stick to surfaces and track your vision for things like scrolling around webpages. ZTE said wanted to build a phone no one had seen before.

But the original proposal also featured top-of-the-line specs, while the Kickstarter device definitely did not. That seems to be what most alienated potential backers, as corroborated by an ongoing poll on ZTE’s forums: 47 percent of users said they if they could change one thing about Hawkeye, it would be swapping the mid-range Snapdragon 625 for the upcoming 835.


That shouldn’t be surprising; the people backing concept phones are largely power users and hardware junkies.

In all, the campaign only raised $36,245 dollars with 190 backers out of a $500,000 goal. Now ZTE says it will refocus its efforts to incorporate CSX’s ideas into a phone people will actually want to buy, though it’s not clear yet what form that will take:

Project CSX has always been about going against the norm and trying something different. But above all, it’s been about listening to you, the consumer. Based on the feedback we’ve received on both Kickstarter and our own Z-Community forum, we’ve decided to phase out this campaign; however, this doesn’t mean the project is over.  We are reevaluating the device for the winning Project CSX idea – an eye-tracking feature with self adhesive backing – and it will be implemented based on your feedback.

ZTE does go on to say it plans to push back the device’s timeline to implement higher-end specs, so that’s a good sign. That might take a while though; the Snapdragon 835 reportedly won’t even be available to other manufacturers until Samsung releases its S8.

I also can’t help but wonder how much of the original Hawkeye concept will survive the transition. The most practical solution would probably be to just add some eye-tracking features to its next flagship device, even if that’s a far cry from the original.

There’s a lesson somewhere in here – probably that asking consumers with little knowledge of engineering and R&D to build a phone isn’t an easy process. Perhaps the company was a bit too ambitious – many of the original CSX submissions were simply for devices with minimal bezels, great specs, and stock Android. It sounds simple, but that’s something that’s surprisingly hard to come by.

But I applaud ZTE for listening to its consumers and trying to keep its promises rather than simply abandoning the project altogether. Here’s to hoping it can all be salvaged into a worthwhile phone. If you want to help out, head on over to ZTE’s community forums, where it’s officially taking user suggestions.

Read next: This fire-breathing drone is having none of your rubbish