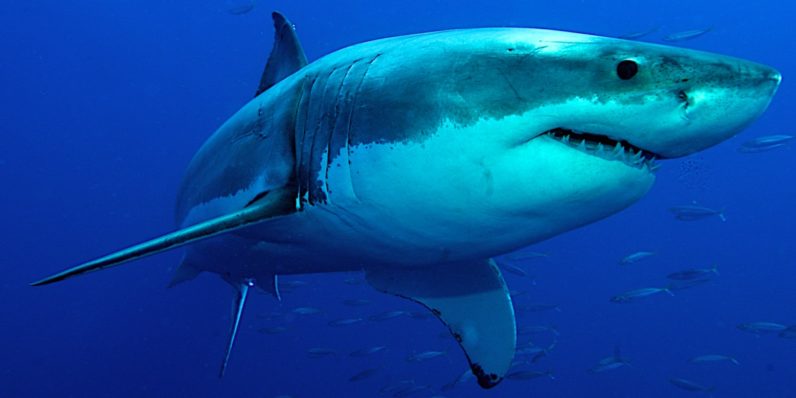 Thanks to the work of an intrepid group of marine researchers, tracking sharks is as easy as following someone on Twitter.

OCEARCH is dedicated to the study of great whites and tiger sharks, tracking them to compile data on their behavior. Each shark’s location is updated when their dorsal fins breach the surface. Their tracker sends a signal to a satellite, or a “ping” as the researchers call it.

OCEARCH researchers briefly capture each shark, holding them on a lift for 15 minutes while researchers tag them and conduct other studies. They then release the shark.

This allows anyone who accesses the website to track the sharks in real time. According to OCEARCH, this kind of data on these ghosts of the deep wouldn’t currently exist otherwise.

It’s very easy to get attached, considering each shark has a name and a picture. Some sharks even have their own Twitter profiles with thousands of followers and toothy profile pics. Fans post about the sharks every day.

Out of all the sharks, I liked Lydia the most. Tagged four years ago, she’s been all over the Atlantic since then. She last “pinged” off the coast of New England this morning.

If you want to take your shark tracking on the go, OCEARCH has a Shark Tracker app for iOS and Android.