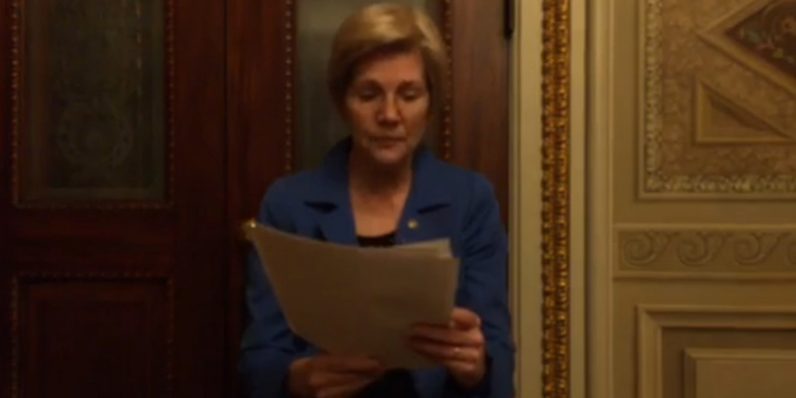 After Senator Mitch McConnell made every attempt to silence her, Senator Elizabeth Warren’s voice has gone viral.

McConnell rebuked Warren on the floor of the Senate on Tuesday during a debate about the nomination of Senator Jeff Sessions to the position of attorney general. She began to read aloud a letter (written in 1986) by Coretta Scott King, the widow of famous civil rights activist Martin Luther King Jr., to Senator Strom Thurmond.

In the letter, Mrs. King urges Thurmond to not confirm Sessions’ nomination to the U.S. District Court. She accuses Sessions, among other things, of limiting the rights of black citizens in his district. Warren cited her words in opposition of Session’s current nomination.

McConnell chastised Warren while she was reading the letter, invoking Rule XIX of Senate’s rules of debate. The specific rule that McConnell invoked (according to the Senate’s website) goes as follows:

“No Senator in debate shall, directly or indirectly, by any form of words impute to another Senator or to other Senators any conduct or motive unworthy or unbecoming a Senator.”

But, as the Twitter hashtag goes, she persisted. After being silenced, Warren left the Senate floor and turned to Facebook Live. She read all ten pages of the letter aloud to a live audience. Warren’s Facebook Live stream has 9.3 million views at the time of this writing, and the numbers are climbing rapidly.

This is yet another instance of politicians using social media as a personal platform. President Donald Trump is famous (or infamous) for his use of Twitter. He tweets regularly to 24.2 million followers on his personal account.

Politicians of the present and future might look to social media as a way of getting to their followers in a more immediate way.

Read next: Tesla plans to launch its electric cars in India this summer