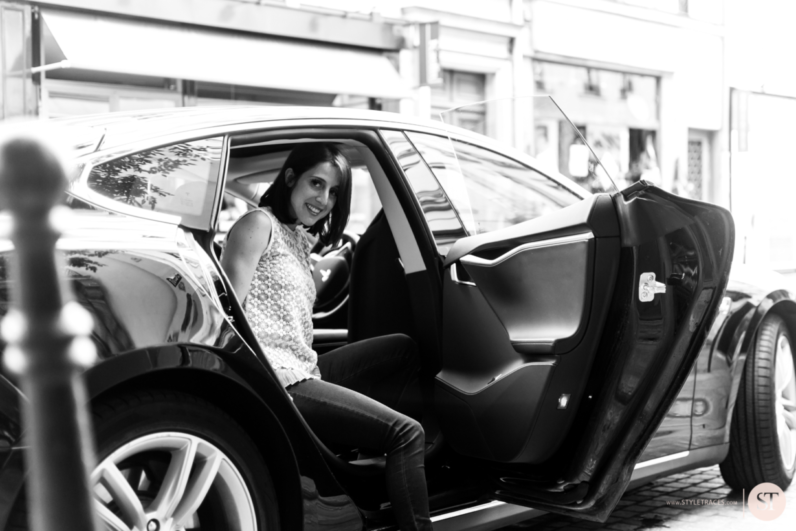 In the lead-up to Tech5 2017 – the annual competition organized by TNW and Adyen which celebrates Europe’s fastest-growing tech companies in The Netherlands, UK, Germany, Spain, France and Sweden– we’re launching a series of remarkable stories of businesses that experienced extreme growth. We asked these companies to tell us the data backed story on how key decisions were made, which growth hacks led to the much loved hockey stick curve, and how this impacted their company.

Today, Blacklane Co-Founder and CEO Jens Wohltorf shares the story of how Blacklane went from one city to over 250 round the world.

Blacklane was born in 2011 to close the first and last miles of travelers’ journeys: Rides to and from the airport. I was a frequent business traveler who knew all too well the challenges of finding local professional driver services. Booking rides, knowing the rates in advance, and invoicing were all cumbersome processes that wasted time before, during and after rides.

So along with co-founder and friend Frank Steuer, we set out to modernize the chauffeured ride industry. We partnered only with professional drivers who drove high-quality cars. We wanted to serve frequent travelers with a familiar, high-service experience around the world. But in contrast to the legacy industry, we wanted to aim for fair and transparent rates. We made it simple to book on our website and apps. And we set customer-friendly policies, like a one-hour cancellation policy worldwide.

Frank and I started in our home city of Berlin to test the business model. Our hypothesis was that local professional drivers had a lot of empty capacities – seats we could fill for everyone’s benefit.

Drivers’ local clients sustained successful businesses with rides to and from the airports and hourly rentals, but there were still many empty rides. German law also stated that after dropping off a passenger, chauffeured vehicles had to return to their headquarters if they did not have another ride scheduled – something we considered a massive inefficiency of the system.

We spent nine months of 2011 and 2012 setting up operations and finding trusted drivers from our network of drivers built from personal and business travel. In the beginning, almost all our processes were still manual. Even customer service meant that Frank and I swapped 12-hour shifts answering driver and passenger questions.

In the summer and fall of 2012, we added a few employees to help with customer service and signing up new drivers in Berlin and other German cities. By the end of 2012, Blacklane was available in 15 cities in Germany and preparing for international expansion.

We then came to one of our first critical decisions: Strengthen Germany or continue geographic expansion. We chose both. Not out of hubris or ambition, but rather from customer demand.

Travelers who used us in in Germany asked us when we were going to Vienna, Zurich, Paris and London. The network effect was apparent from the outset. And it worked the other way, too. When we satisfied newly acquired customers in those cities, they then also started to use us in Germany.

In fact, this was one of our earliest lessons: Follow the data. Our information, such as website traffic, country of residence (analyzed by mobile phone numbers), and direct customer feedback made the next steps abundantly clear.

Multi-national growth required a bigger team and standardized processes. The first step was filling essential roles of customer service, finance and driver relationships. We could only expand to a new market by having high-quality drivers in those cities. In a service-based industry where business was done based on relationships, we had to prove the value of our app, and train drivers on it.

Also, drivers were skeptical that we would compete with them or disrupt their business. Therefore, we established true partnerships from day one that would grow their business along with Blacklane’s. This meant no minimum or maximum number of rides. We also gave transparency on ride prices and pick-up and drop-off locations. Plus, we provided a personal contact at Blacklane.

We also quickly internationalized the business, internally and externally. We added the British pound and US dollar for payment methods. We offered our website in German, English and French. Then we switched the business language to English. Therefore everything from invoices, supplier proposals and business conversations were in English.

We benefitted tremendously by internationalizing at such an early stage. Having the technical framework and international mindset at such a young point eased scalability, recruiting, training and product development.

As our service expanded to nearby countries, we faced a second major inflection point. How could we affordably add new cities going forward? We knew we could get ahead of regional companies with a global footprint. However, our city launch process then did not scale. Back then we were able to launch one or two cities a month.

We re-engineered the process, which allowed us to kick-off our “Mission 100.” This initiative added 100 new cities in 100 business days in the second half of 2013. Our new approach reduced city launch time by more than 75 percent.

The first step was rallying around the Mission 100 as the company’s unified goal. Every single person had an essential role to research a new city, launch a new city, and/or ensure its success. This created an unprecedented team spirit within the company.

For example, Business Intelligence analyzed markets to set and refine pricing. Marketing designed new landing pages for performance marketing optimization. Customer Care needed to answer driver and passenger questions as expertly as they did for existing cities. And of course, our driver relationship team worked tirelessly to understand local regulations and partner with respective new companies in each city.

The next step was adding more efficiency throughout the launch steps. For instance, we eliminated paper contracts in favor of electronic agreements. We no longer walked through contracts face-to-face, saving driver and Blacklane time. Then we could easily archive them on our systems.

We also shifted the collection of documents, like proof of commercial insurance and business permits, to a powerful document management system. This greatly improved document retention and storage in our databases as well.

Lastly, and most importantly, we trained drivers online instead of in person. In the new method, we spent months designing a training course that drivers could take as often as needed and share with new colleagues until they were proficient with Blacklane’s high-quality standard approach.

Blacklane recently added another 64 cities across the Asia-Pacific region to bring us past 250 cities worldwide. With the growth of business travel in the region, it’s essential for us to have this strong footprint.

China is especially critical. Last year, according to the Global Business Travel Association, China overtook the US as the world’s largest market for business travel. And it’s growing another 10 percent in 2016. China is appealing for Blacklane as both an international inbound and international outbound market. Specifically, it’s a rising destination for Western business travelers and a source market for a rapid rise of Chinese travelers visiting Europe, Asia, North America and the Middle East.

All of this geographic growth is helping our rides to double or triple year-over-year. This means we need new efficiencies, especially in our customer care department. One key step this year was deploying homegrown software to handle customer and driver calls. This has cut 10 per cent to 20 per cent off of each inbound call by more intelligently linking caller numbers with recent and upcoming rides.

We also are promoting Facebook Messenger for incoming questions. Travelers often have a simple question that we can immediately address in a Facebook chat, using a channel that they already know well.

These incremental improvements give us the foundation for further growth. Our ambition is to be everywhere travelers go. On one hand, this means geographically. We aspire to cover the map above with “B” icons. On the other hand, it means integration with partners in the travel ecosystem.

We already partner with companies like Amadeus, Expedia, TripCase and hundreds of more distribution partners. We will continue integrating with airlines, hotel companies, online travel agencies, meta-search engines and more. These will no doubt require even more efficiencies, and like before, we will make them happen for the benefit of travelers and drivers.

Read next: Perspective Cards exist because you aren't your users