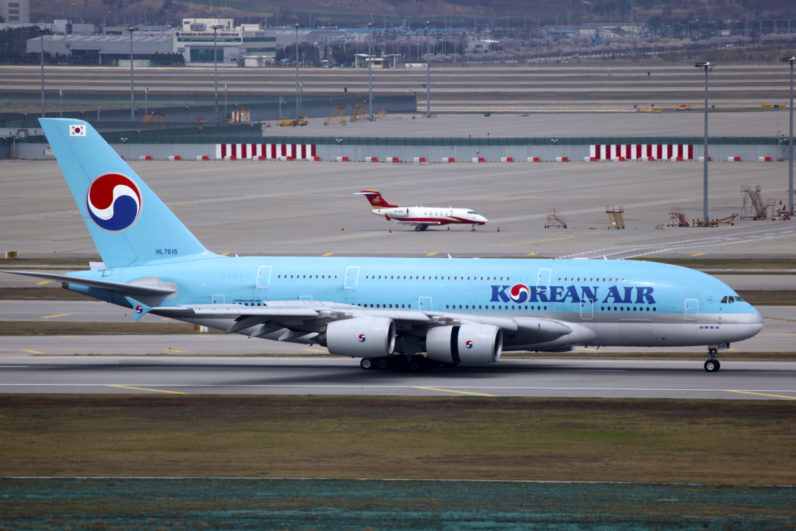 In-flight Wi-Fi is still very much a rarity in Europe, but in Asia and America it’s everywhere. That said, some carriers still steadfastly refuse to implement it on their fleets. One of these holdouts is Korean Air – the flag carrier of South Korea, and a four-star Skytrax airline.

Here’s what Dante Dionne, senior innovation technology officer at Korean Air, had to say in an interview with APEX magazine:

I believe that passengers have similar expectations for in-flight and on-ground content and connectivity options. For example, in Korea, the wireless infrastructure is so advanced (significantly faster than the US average) that in-flight Internet services based on existing commercial satellite technology would be disappointing to them. That is a primary reason why Korean Air has not implemented in-flight Internet.

In short, South Koreans are so used to blazing-fast Internet speeds, if they were confronted with stuttering, slow airline Internet, they’d just be disappointed.

This is reasonable. The average peak Internet speed in South Korea is 95.3 Mbps, whereas GoGo’s ATG-4 maxes out at 9.8 Mbps. It doesn’t even compare.

But maybe there’s a middle ground. Instead of ditching in-flight Wi-Fi entirely, maybe Korean Air should instead try to set the expectations of what the passengers will get.

If you want to play StarCraft online or download movies off The Pirate Bay, you’ll be disappointed. But for light browsing and emails, it’ll do.

Read next: These three premium courses will turn you into a marketing guru for just $19