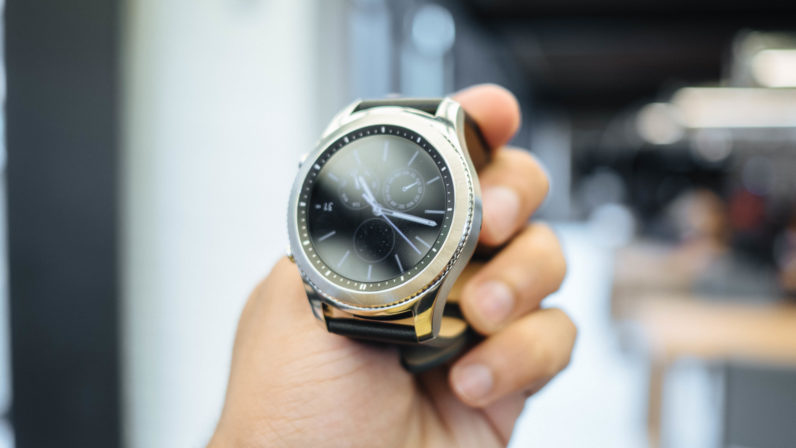 Samsung’s Gear S3 was announced to somewhat mixed reception. The plethora of features packed into it were welcome, but they came at a big expense: size.

After all, one of the best things about the Gear S2 was how much smaller it was than all the devices around it. But after spending some time with the Gear S3, it all starts to makes sense.

For more on the technical aspects of the Gear S3, check out our coverage of the announcement here.

First off, it’s important to note that Samsung is keeping S2 on the market as a smaller option even as it begins to sell the S3; Apple is taking the same Approach with its Watch Series 2. The company plans on updating the S2 with some of the S3’s software features, though the hardware will remain the same as far as we know.

While Samsung focused on compactness with the S2, the S3 is about killing as many compromises as possible in a form factor many people would still wear. The S3 comes in two versions, the Classic and Frontier, both packing GPS and the sportier Frontier edition featuring LTE so you needn’t have your phone around you. The watches have Gorilla Glass’ new SR screen tech, which is said to be almost as hard and more vibrant than sapphire crystal. It squeezes in a heart rate sensor, which was already pretty decent on the S2. The battery is now rated at four days, which is pretty much unheard of among smartwatches with high resolution screens. And its IP68 water resistant. The S3 is packed to the brim.

Yes, it’s a large watch, but even as a guy with relatively small wrists I didn’t find it to be unwieldly so. There is a plethora of analog watches that are 46mm – for both men and women . Moreover, in my brief trial, the watch felt very comfortable, conforming to the curves of my wrist. Both versions just feels like, well, watches.

In an ideal world, I’d love to see an optional smaller, thinner Gear S3. Imagine something the size of the Pebble Round with all the features of the S3 – but obviously, the technology isn’t there yet. And as much as I love the Gear S3’s rotating bezel, I’d still prefer Android Wear over Tizen and its limited app selection (was there really no way to incorporate the rotating bezel in Android Wear?). Samsung says most people only use a select few apps on smartwatches and that its focusing on high quality apps over quantity, but I’d still prefer Android’s flexibility.

That being said, watches have never been one-size-fits all devices, and even Samsung seemed to recognize that the Gear S3 won’t fit everyone’s needs during its event at IFA. If you don’t like the size, there are a growing number of alternatives, including Samsung’s own S2.  But all this is not much different than how Samsung approached the Note series, where the original ignored preconceptions about how large a phone should be. Focusing on creating a better smartwatch rather than simply a smaller one will benefit us all in the long run.