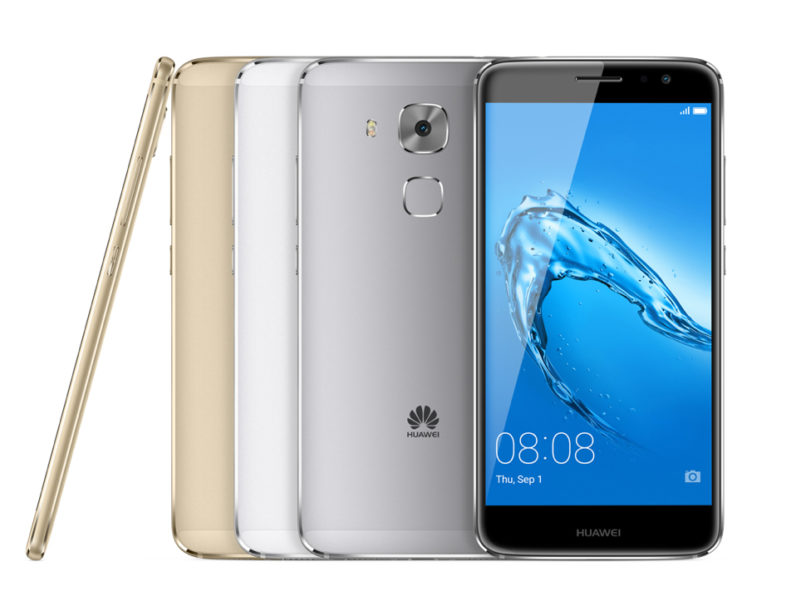 Chinese smartphone manufacturer Huawei just announced its latest Nova and Nova Plus smartphones at Berlin’s IFA conference, as it sets its sight on buyers who are looking for a mid-range handset.

Both the Nova and Nova Plus don’t have any particularly standout features. Neither handset is going to dethrone the Galaxy S7 or the upcoming iPhone 7.

Both Nova and Nova Plus handsets are powered by a Snapdragon 625 chip paired with 3GB of RAM and 32GB of storage, and include support for an extra 128GB via their MicroSD slots. Both support dual-SIMs (Micro and Nano), pack a fingerprint reader, and features a USB-C port.

In terms of its camera, the Huawei Nova ships with a 12-megapixel f/2.2 rear-shooter, and an 8MP f/2.0 camera up front for taking selfies. On the Nova Plus, the front camera maxes out at 16-megapixel, and comes with optical image stabilization. The rear-facing camera packs a six-piece aspherical lens.

The Nova packs a 5 inch display with a 443 PPI. This, Huawei says, is 35% higher than the iPhone 6s. It also features a bezel that, at 1.8mm, is significantly narrower than the iPhone 6s and Samsung Galaxy 7. The Nova Plus doesn’t disappoint either, and comes with a large FHD 5.5″ screen.

Both phones will run Android 6.0, which will be heavily skinned with Huawei’s EMUI (Emotion UI) 4.4.

Powering the Nova is an enduring 3,020 mAh battery, while on the Nova Plus this soars to 3,340 mAh. Huawei says that this will let you play Pokémon Go for five hours while using the game’s energy hungry AR feature, or browse the Web using 4G for 16 hours. Normal usage will get you an incredible 48 hours, or 52 hours on the Plus.

As has been the case with Huawei’s earlier mid-range efforts, like the Huawei Honor 5X, both handsets are crafted in aluminum. They come in a range of colors including Titanium Gray, Mystic Silver, and Prestige Gold.

In selected territories, the Nova will also be available in “rose gold”, which was introduced by Huawei CEO Richard Yu as being a “lady color”. Um.

The Huawei Nova will inevitably be compared to the latest-and-greatest Moto G4. While there are some similarities, the Nova looks more premium, and has a pricetag which reflects that.

You’ll be able to get your hands on the Nova and Nova Plus in October, with each device costing €399 (about $445) and €429 ($480) respectively. Huawei will be launching both handsets in 50 territories, including France, Germany, Canada, Spain, and of course, China.

Read next: The new Australian $5 bills look like they're from the future