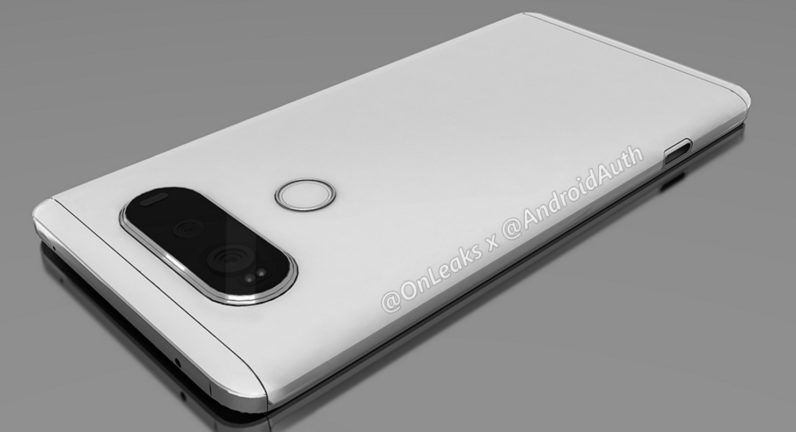 The LG G5 didn’t make a great case for modular phones, but it seems the company isn’t abandoning modularity plans for the upcoming V20.

Android Authority and @Onleaks published a few renders of the device, showing a remarkably different design from the previous V10. On the one hand, its angular metal body looks like a vast improvement over the amorphous blob that was the G5.

On the other hand I’m going to miss the V20’s mixture of rubber and metal that looked like no other smartphone out there. But hey, at least the peculiar secondary display is still there, living atop the main display.

Key to these renders are what appears to be a module-release button placed right where it was on the G5. There’s also a similar seam between the bottom of the phone an the rest of the body.


We weren’t huge fans to LG’s approach to modularity with the G5, so we’re not too crazy about seeing it returning here. We would’ve preferred something more akin to the Moto Z, at least, but it’s likely the V20 has been in production for too long for the company to change plans after the G5’s lackluster sales.

Also like the G5, the V20 is also sporting two rear cameras in this render (while abandoning the second front-facing one of its predecessor). This is a good thing – the secondary wide-angle camera was arguably the G5’s best feature.

In terms of overall build, the phone is 7.7 mm thick (8.8 mm at the camera), and the thin side bezels make the phone narrower than the bulky V10.

And that’s about it. We don’t know the device’s specs yet, but we assume it will be the usual combination of Snapdragon 820/821 and 4GB of RAM. At least we know it’ll be packing Android Nougat when it launches.

Head on over to Android Authority below for more renders.

Exclusive LG V20 renders: every angle of LG’s next flagship on Android Authority.

Read next: Apple’s latest patent suggests it’s working on a... bendy bus? Update: It's not Apple