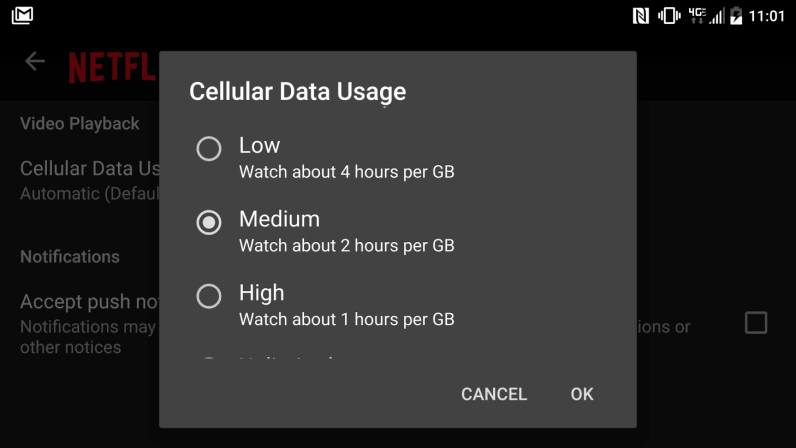 Netflix started testing the ability to save you some data while on mobile networks on Android phones a few weeks ago. Now the same feature is rolling out globally to all Android and iOS users.

The changelog for version 8.4.0 of the app notes the addition of the streaming controls, which you can access via Netflix’s settings.

It provides fairly granular control over how much cellular data the app might use. By default Netflix sets quality automatically based on network conditions, but with a switch of a toggle you can set more specific limits:

It’s a small but thoughtful touch that could help you know exactly how much data you’re using while watching Netflix on your next commute.

Read next: Another $1m Kickstarter project has gone bust, and no, you're not getting any money back