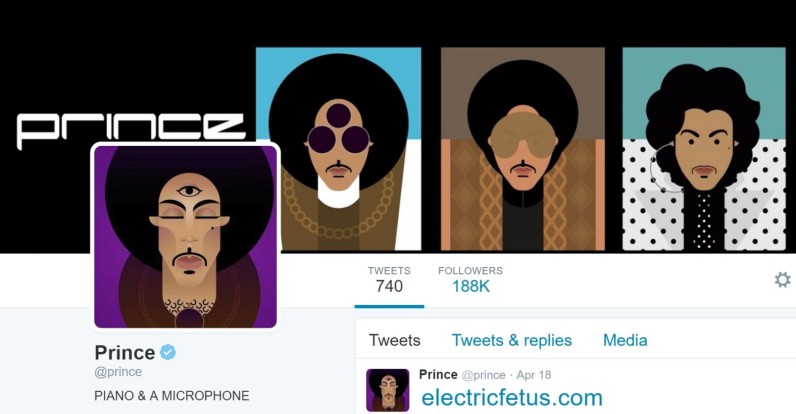 If you haven’t heard today’s bad news, music icon Prince has passed away today at age 57.

While details are still forthcoming, it didn’t take long for Twitter to mourn the legendary artist’s passing. Needless to say, it’s been an outpouring of emotions as fans everywhere express their condolences:

I don't know what to say … Other than Nothing compares … #RIP #Prince 🙌🏼 pic.twitter.com/0rjjU320Jg

You have made me party like it was 1999 more times than I can count – #Prince pic.twitter.com/gi14TFhvsC

"Dearly beloved
We are gathered here today
To get through this thing called life"#Prince pic.twitter.com/jaIRfMChGc

Perhaps Prince somehow knew his time was near. The artist had told fans to ‘wait a few days before you waste any prayers’ on his last appearance on stage.

Fans are now interpreting this as a poignant, and perhaps foreshadowing, update.

This article previously suggested Prince’s Twitter avatar was changed today to reflect the artist’s passing. The article has since been corrected.