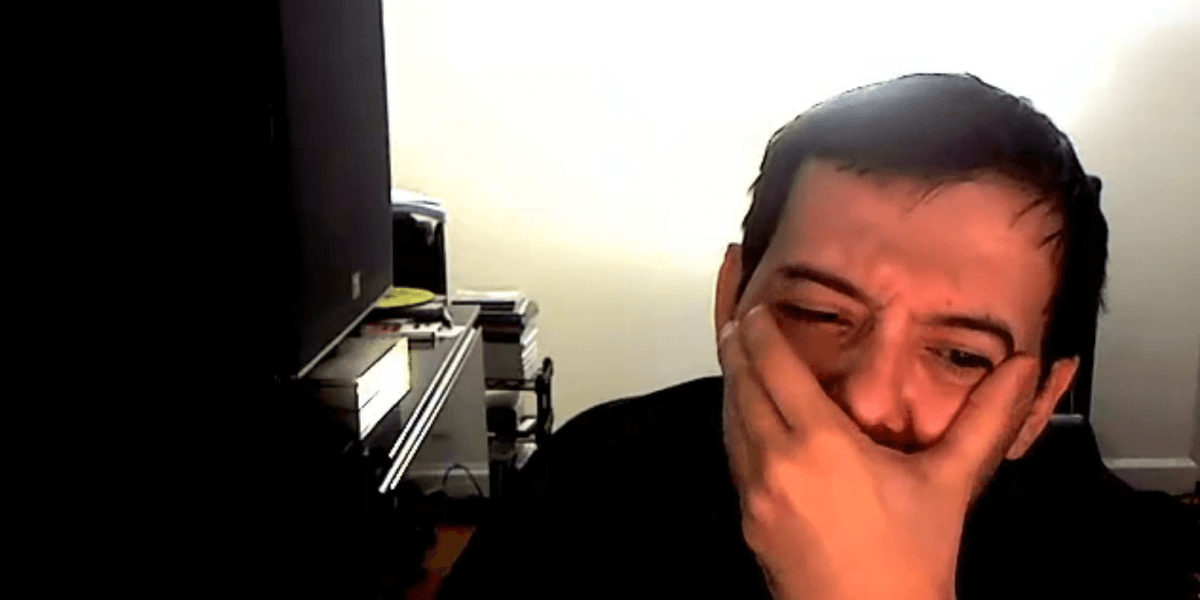 If karma is a real thing, Martin Shkreli just made a lump sum payment on his sins in the form of water-based sexual lubricant.

The chain of events started with a claim that Shkreli had purchased the exclusive rights Kanye West’s new album, “The Life of Pablo” for $15 million. In and of itself, this is believable, after all he had previously purchased exclusive rights to a previously unreleased Wu Tang Clan album, “Once Upon a Time in Shaolin.”

We’ll let Shkrelli’s sweary tweets tell you how it all went down.

Nothing to see here, just an extremely bright guy meeting a dude that claims to be friends with Kanye and then sending him $15 million in bitcoin. No big deal, right?

No worries, man. You’re a smart dude. You’ll figure out something. I’m sure of it.

Oh, good. He just tracked down the guy that nobody on the planet can track down and asked him for his money back. Luckily, it seems that not only did he find him, ‘Sitoshi’ (sic) is going to reverse a transaction in bitcoin, something previously thought to be impossible.

If you believed any of this, shame on you. Bitcoin transactions are easily verifiable, and according to the blockchain, there were no single transactions, or a group of transactions, around this time that matched up with Shkreli’s 37,000 bitcoin loss.

The internet giveth, and it taketh away. Moments after Shkreli’s Twitter rant, he hosted a live chat (now with 300 percent more bad acting) that kept the party going. In the video chat, Shkreli left a credit card exposed; it didn’t go unnoticed.

A 4chan user took notice and did what 4chan does, delivered swift justice. In this case, the justice was in the form of a special delivery to Shkreli’s home address.

No word on why he didn’t opt for overnight shipping.

Read next: Kotlin, the 'pragmatic' language for Android and JVM, has reached its 1.0 release