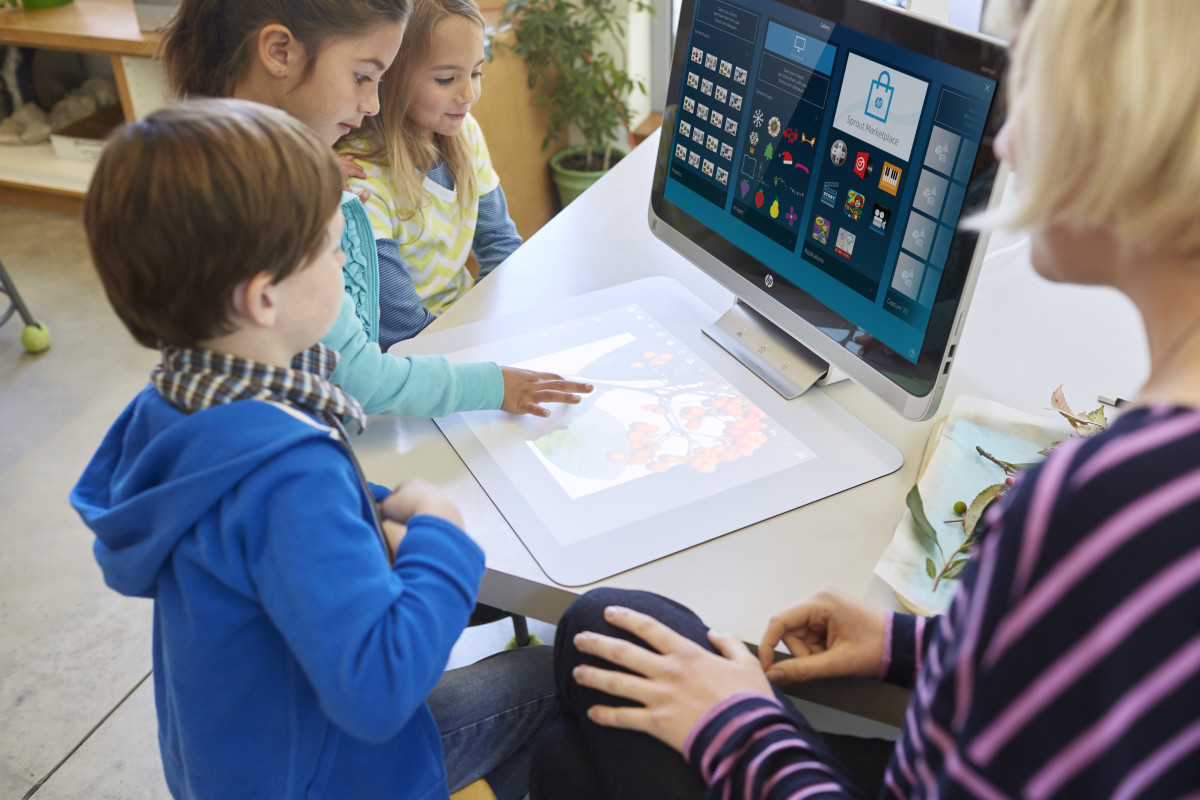 We see a lot of unusually shaped laptops and tablets, but HP’s Sprout – a computer with a 3D scanner, projector, and ‘touch-mat’ – definitely has things covered on the desktop front. While that device was originally marketed as a home computer creatives, now HP is focusing on the enterprise too.

The new Sprout Pro comes with a few extra features on hand. It gets a small spec bump thanks to Skylake processors, but keeps the same same 23-inch panel, downward-facing projector and Intel RealSense 3D camera.

The bigger difference comes by way of software, which includes apps aimed at business and classrooms. For example, you can use the top-mounted camera as a scanner, and then send documents using Skype for Business while in the middle of a conference call.

Its potential is still also fairly easy to see in education. You can use the scanner to help children learn the names of objects, for instance, or use the dual touch surface for creative projects.

It’s not going to be cheap though, starting at $2,199. That’s a $300 premium over the standard model, and it’s not clear HP has added enough hardware to justify the cost difference, especially considering the original was announced in late 2014.

It’s also hard to say how HP plans to maintain a solid niche for the Sprout, but it’s nice to see the company is still trying to breathe life into the weirdest desktop around.

Read next: The complete beginner's guide to Peach: What it is, how it works and how to build an audience