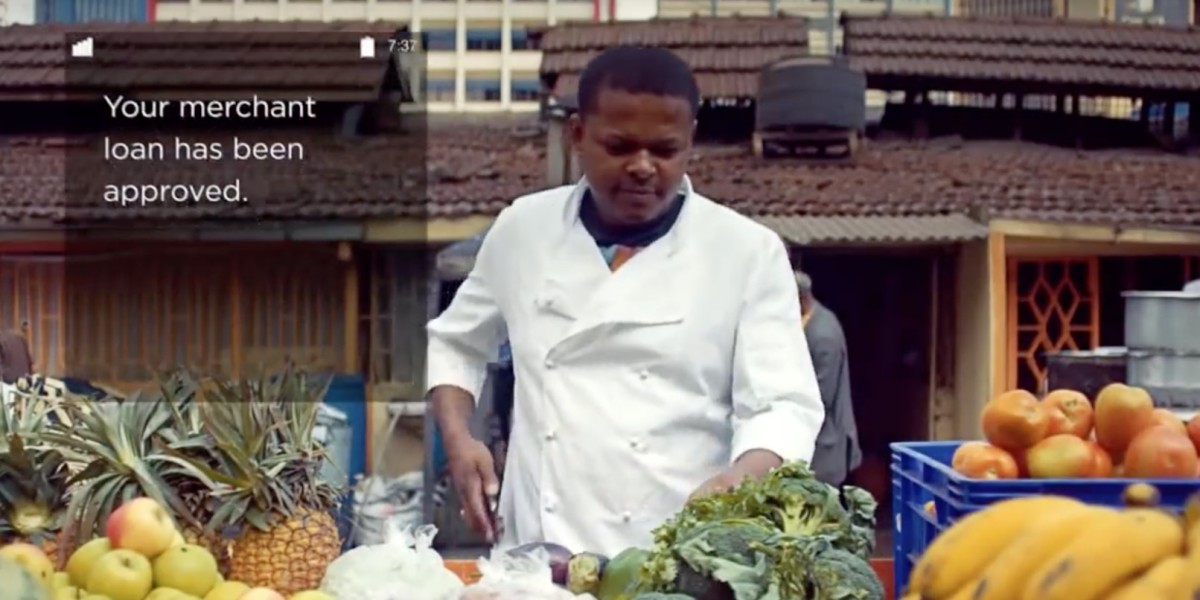 Globally, two billion adults don’t have access to a bank account. A high proportion of these people are in Africa, where, according to the World Bank, only 34 percent of adults are formally banked.

Drill down into the figures and the lack of access to financial services on the continent becomes even more clear. Only 16 percent of Africans make use of formal savings services, and only six per cent use formal borrowing.

Part of the reason behind this is lack of access to these unbanked people, the majority of whom live in rural areas, far even from roads and electricity, never mind bank branches. Serving rural Africans is an expensive business for traditional banks, bringing down margins and making the unbanked untenable when it comes to financial services.

Another part of the problem is that the banks know almost nothing at all about these people. Without data, there can be no creditworthiness, and therefore no credit.

“Part of the problem is you can’t get to these people. You don’t know anything about them. They’re not online,” says Andrew Watkins-Ball, founder and chief executive officer (CEO) of Jumo, which is employing technology to try to close this gap.

“There’s no trust. That’s broken. We think the opportunity is if we say that’s not true. There are constituencies that touch that mass market.”

Touching this mass market more than any other firm are Africa’s mobile networks, as the percentage of those owning a mobile phone on the continent continues to skyrocket. And with this usage of mobile phones, the operators have gained access to something banks and financial services firms have been missing for so long when it comes to the rural unbanked – data.

“It is all there. The banks don’t have it. And Google doesn’t have it, because they’re not online. These are mobile markets, not online markets,” says Watkins-Ball.

Jumo is partnering with mobile operators across the continent to gain access to this data, using algorithms to analyse a person’s smartphone usage to come up with a “Jumo score” of creditworthiness. By looking at what a person does with their phone, especially with their mobile money wallet, Jumo can ascertain financial data on the person and also deduce what type of products that person needs.

The company – only launched publicly in October – is already live with MTN, Airtel and Tigo in Tanzania, Kenya, Zambia, and will be expanding into Uganda, Rwanda, Ghana, Nigeria and Southeast Asia next year, multiplying its integrated base by close to 10 times.

In that short time, it has granted 6 million loans to 2.25 million unique customers, and is currently managing between 30,000 and 50,000 loans per day. These loans are as low as US$0.30 in value, while Jumo has also granted one business US$100,000. The average loan size for individuals is around US$10, however, over a period of two weeks.

“There’s no reason why financial services in emerging markets, and particularly those in Africa and parts of Asia, should be the way they are today. Tech can jump a lot of the traditional hurdles.”

Customers at the top

Jumo aims to reverse the whole process of identifying products for customers. Watkins-Ball says traditional banks usually come up with product and put it through a giant distribution. In the end, the product is what the bank wanted the customer to take, and not necessarily what they need.

“We are totally focused on reversing this whole process. We start with the customer at the top, and we want to react to their digital footprint,” he said.

“They are worthy of trust. They’re just like you and me. We all have the same motivators.”

Once these motivators have been established by analysing a user’s digital footprint, products can then be offered to the customer in real-time.

“Say it’s a restaurant, they are usually capital constrained. We can then offer them products that provide access to capital. You can fit the product to the customer, but you have to see what is there first.”

Currently, these products are restricted to loans, but Jumo will be launching savings products next year.

“We are standardising the approach. This is about solving the access problem. The value we are creating is proof the platform works,” Watkins-Ball said.

“We believe fundamentally that these people deserve good choices, and they have bad choices.”

For the mobile networks, Jumo is an attractive proposition. Watkins-Ball says churn is three times lower for a Jumo customer, and transaction activity substantially higher

“They have a problem in that they’re trying to populate their mobile money ecosystems with as much cool stuff as they can so people don’t churn and they can make money. And increasingly the mobile network operators are in competition with banks. We help the operator to present the choice to the customer,” he said.

“They all want their mobile money services to be the pipes. The banks can offer the products, but they want to run the rails.”

Jumo was initially spun out of global financial services company AfB, and was conceived as a result of a tip-off from Manchester United Football Club, the financial services brand of which AfB ran. The company was introduced to Airtel by the club, and started to experiment.

Jumo began as a small pilot at the end of 2014, and was spun out a separate business this year.

“When we told people about it a year ago they said we were nuts. Now we have proven it works,” Watkins-Ball says.

The big focus for 2016 for Jumo is finding banks and financial institutions to offer lending and savings services, as the company does not want to do that itself. But Watkins-Ball says the sky is the limit, with Jumo able to be expanded into anything that is non-physical.

“It’s like Amazon for anything that is non-physical, Amazon for financial services,” he said.

“The weird thing about this is in pure customer terms we could be one of the largest financial services operators in two years. That’s the weird thing, the scalability of it. We can’t keep up with demand.”

Bigger scale will bring lower costs for users, something Watkins-Ball says is the ultimate goal.

“I’m trying to bring the cost down as much as I can. The bigger I make the system the harder it is to compete with,” he said.

“Traditional lenders are going to struggle, because they’re trying to make the biggest return they can on a loan. The networks are trying to do something bigger. They will go with who is going to give them the highest scale.”