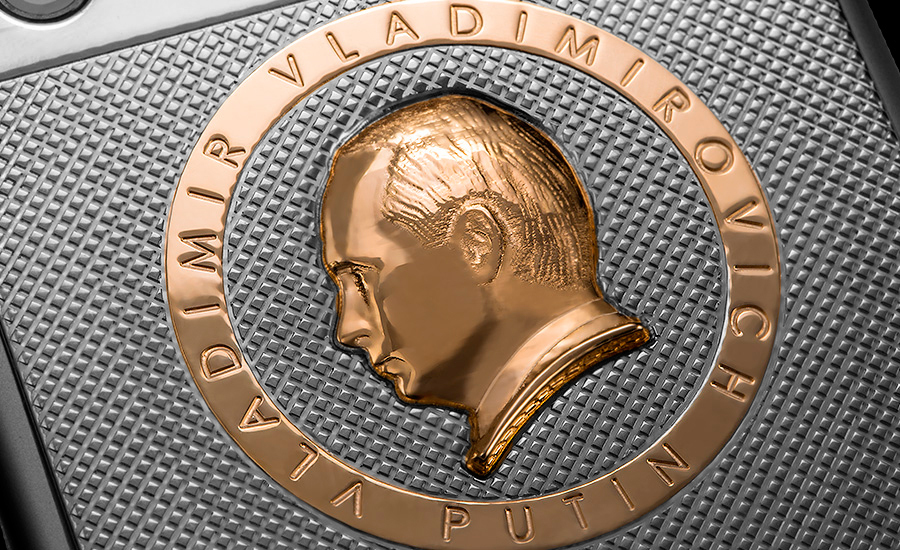 Last year Caviar, a luxury Russian jewelry company, announced a ‘special edition’ of the iPhone 5s with Vladimir Putin’s face on the back.

Today, it’s updated the Putinphone to the iPhone 6s, with an all new homage to Russian leader on the back.

For just $3193 USD, you’ll get a specially designed “anniversary” iPhone 6s, with Putin’s face encrusted in gold on the back, along with a titanium texture that reflects an apparently “strong, invincible” leader.

That price also gets you a lovely velvet wooden case, for storing your purchase and a free charger for your car. Bargain!

There are just 63 of the ‘Gold Supreme Putin Anniversary’ iPhones, so each handset comes with a number etched on the side and back of the phone.

Luckily, Caviar isn’t offering the 16 GB model of the iPhone 6s, even though Apple still does.

If you’ve been pining after a phone with Putin’s gaze etched into the back, this is the device for you. Or, just point and laugh at the fact that there’s probably 63 people out there who will buy this thing.

Read next: Verizon will share your personal data with AOL to target you with ads