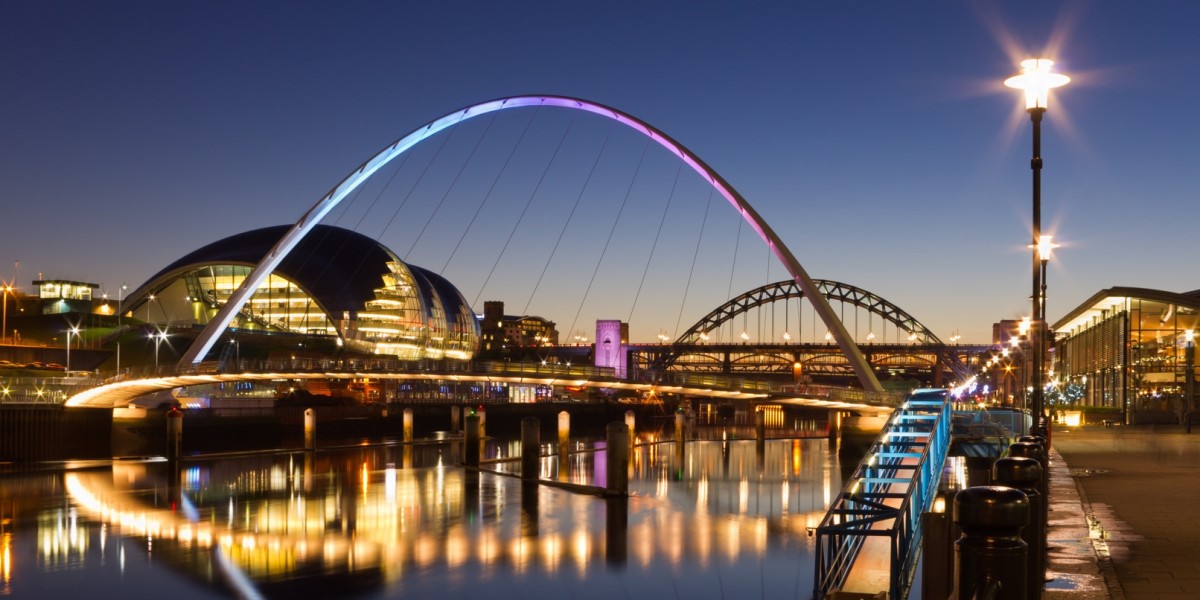 Claire Braithwaite has a big job ahead of her. As Head of Tech North, the government-backed organization set up to develop the North of England’s technology sector over the next three years, she has to balance the expectations of optimists, pessimists, cheerleaders and cynics at a time when tech success is key to the future of the region.

Before we go into what Tech North is going to do, and whether it will have any impact, let’s take a brief look back into history to understand where the North is coming from…

The North of England was an economic powerhouse in the 19th and 20th Centuries. It was the birthplace of the Industrial Revolution, and its factories pumped out textiles, steel, engineering work and more, to be consumed by the whole world.

But that world changed. Cheaper manufacturing in Asia, the rise of information age and a political agenda that favored prioritizing London over Britain’s regions led to a North underpowered to compete on a global scale in the 21st Century.

Away from glistening, bustling hubs like Manchester and Leeds, much of the North feels like it’s in terminal decline. Once-proud, successful mill towns now have high streets filled with identikit ‘everything-for-a-pound’ stores, fast food outlets and second-hand mobile phone shops.

Now change is afoot. ‘The Northern Powerhouse’ was a big part of the current UK government’s offering at the general election. Although some cracks have already started to show in its glossy veneer, the idea of empowering northern regions to be masters of their own destiny has enthused enough people that, if you know where to look, you can find a North that’s starting to get its mojo back.

Technology is one sector that has exploded in the North in recent years. Five years ago in Manchester, for example, there were a handful of developer events and one tech entrepreneur meetup per month. Now, there are two coworking spaces and at least three accelerators targeting startups in the city. There’s even a hashtag and slogan that the local community has adopted – “#MCRtop5” – that embodies a local desire to make the city a ‘top 5 European startup destination.’

Meanwhile, Newcastle is ahead of the curve with the well-established Ignite accelerator, Campus North technology hub and a smart network of local investors. In Sheffield, the Dotforge accelerator recently turned out an interesting set of startups with social enterprise credentials. Up the M1 in Leeds, broadcaster Sky has an expanding base for its technology staff, echoing an earlier move by the BBC over the Pennines in Salford.

All of that’s not to mention the success stories dotted all over the North in cities, towns and villages quietly getting on with their businesses without much in the way of hype.

So Tech North – an offshoot of the five-year-old Tech City UK body – has arrived at a time when the geographic area it serves is more active that even in the field of technology, and yet there is much work to do.

The project was first announced in October last year and since Braithwaite’s appointment in the spring, she has been busy talking to people in the tech industry across the North and recruiting a nine-strong team to work alongside her and Executive Chairman, Herb Kim.

Talking to Braithwaite, it’s clear that that Tech North is going to ‘fill in the gaps’ and do the jobs no-one else can (or has time to) do: increase the level of angel and VC investment; encourage startups to, er, start up; address skills shortages in tech-related fields, and encourage national and international inward investment.

Braithwaite believes that the North doesn’t have to ‘compete’ with London, but instead can complement it. She says that while London is strong when it comes to B2C tech, the North’s own strength is in the B2B realm.

Tech North is setting out to present ‘the North’ as a single, connected proposition, something the network of regional Local Enterprise Partnerships (LEPs) aren’t really incentivized to do. It will be working with bodies like UKTI to promote key sectors like health tech, educational tech and digital entertainment to the international market, and launch a ‘Northern Stars’ network of promising startups, helping to highlight the investment potential across the North.

But what will Tech North DO?

Cynicism is a common Northern trait, and it’s easy to imagine the eye-rolling when people learn that Tech North’s first big project is a startup pitching competition. Does anyone really need another one of those? Just yesterday in Manchester, a regional heat of the Duke of York’s Pitch @Palace event took place, and barely a week goes by without a handful of such events across the country.

For Braithwaite though, the competition is designed to get startups engaged with Tech North and find the first batch of companies that will be highlighted in the Northern Stars network. She notes that this is a better way of working out which companies to promote to the world than just picking personal favorites.

There’s also a co-investment fund that is currently in early planning stages. The majority of venture capital activity in the North right now is conducted by investors managing EU JEREMIE funds. The new publicly-funded co-investment program will be designed to encourage a more competitive VC market and a more active angel investment scene.

Addressing skills shortages across the North (a problem that, to be fair, affects anywhere with a growing technology sector – just ask recruitment staff in Silicon Valley), Tech North is devising a strategy to create a talent pipeline that runs all the way from school code clubs to universities and beyond.

There’s little in the way of media hype around the North’s technology story. That’s despite exploding tech communities, too many startups to keep count of, and a sprinkling of unicorns. Leeds-based Sky Bet sold for £800 million (around $1.2 billion) last year, Manchester’s Auto Trader launched a £2.35 billion ($3.6 billion) IPO in March, and Bradford-based TV tech company Pace was bought out for £1.4 billion ($2.1 billion) in April.

Braithwaite puts the lack of hype down to a combination of the UK media’s London-centric nature (anyone who’s ever tried to get a tech journo based in the capital to jump on a train from King’s Cross or Euston for the day will know it’s a rare day that they accept the offer) and a cultural trait – shouting about your success isn’t very ‘Northern,’ while in London it’s far more the done thing.

Tech North, Braithwaite believes, can be a connector that brings disparate networks across the North together so people know what each other are doing, and helps promote the best companies to the rest of the world in a joined-up way that hasn’t been attempted before.

Tech North has a three-year mandate and a modest budget of £2 million ($3 million) per year. This means it’s going to have work quickly and efficiently with the councils, public bodies, founders, investors, government bodies and other potential partners it’s invited to a launch event in Leeds today, if it’s going to achieve its aims.

While the organization’s very existence will no doubt face criticism from those who instinctively flinch at the launch of another quango, Braithwaite’s riposte is a simple one – “if we don’t do this, who else will?”

The author of this article is cofounder of a coworking and events space aimed at startups in Manchester but receives no financial compensation for that role.

Read next: Redditor amazingly explains why Gandalf might not be a wizard after all