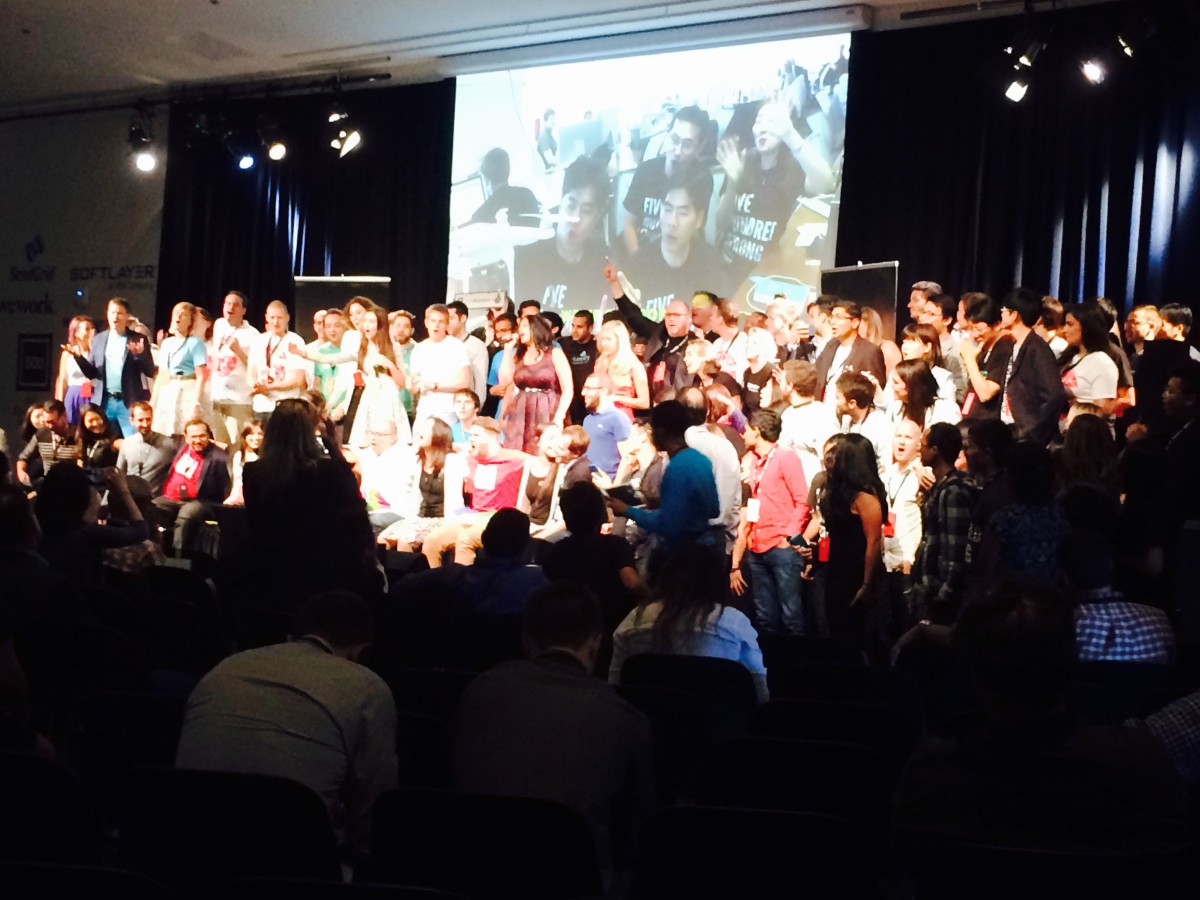 At today’s demo day for the 13th batch of the 500 Startups accelerator program, 28 companies stepped up to show off their four months of hard work to VCs, angels, and discerning journalism folk.

Companies ranged across different industries — security to retail, enterprise to consumer — but there were a few standouts in the lineup.

You have to hand it to a company that’s had a head start: already backed by Richard Branson, Storygami has made a big impression with its new video layout tool. For starters, it’s already been covered here at TNW and was selected to present at last year’s TNW Europe — all before hitting the 500 Startups classroom. Now that it’s out, it continues to look incredibly impressive, offering custom sidebars and interactive elements for videos through an easy drag-and-drop interface.

Like Airbnb with language lessons folded in, Linguatrip matches users with the ability to travel to a new place and learn in an immersive program. Available for 12 languages, including Chinese, Portuguese and Russian, the startup offers 3700 courses in 140 cities are available for booking. The company has an average transaction rate of $1,500 and a constantly growing base of programs and cities.

Pixc offers on-demand product photos to vendors for just $2 per item. Companies like apparel brand Chubbies send their photos in to Pixc’s office, where they edit them, place them on a white background, and return them within 24 hours. Already with more than 2500 customers, Pixc offers a niche that works well with businesses and individual sellers on sites like Etsy.

GROM offers personalized 3D printed objects for consumers, particularly focusing on customized smartphone cases but also offering other phone accessories. The company wouldn’t spill secrets, but it mentioned it recently inked a partnership with a major European retailer to provide customizable services in their stores.

Kollecto recommends affordable art for purchase to consumers. Operating with a recommendation engine in the spirit of Foursquare or Spotify (it calls itself a dating website for art), Kollecto offers a free biweekly digest of items that costs between $200 and $3000. According to their consumer data, Kollecto users return 3 times per year and make an average purchase of $1500.

Kono is an AI schedule available for iOS and Android that finds the best times in your day to schedule meetings for you. Additionally, the app provides smart reminders to notify users when they should leave for their trip, and how long it will take to get there based on current traffic times. It has a lot of competition out there — AI schedulers are having a bit of a moment —  but it doesn’t make the technology any less nifty.

Cellphone contracts suck, period. Cellbreaker knows that, so it automatically monitors cell phone contracts and tells you when you can save money or break it entirely. By finding breaches in the existing contract, Cellbreaker can work around those pesky cancellation fees and make terminating that contract a much less painful experience. So far, it has saved its customers $156,430.

Read Next: 9 notable young companies from the 500 Startups demo extravaganza