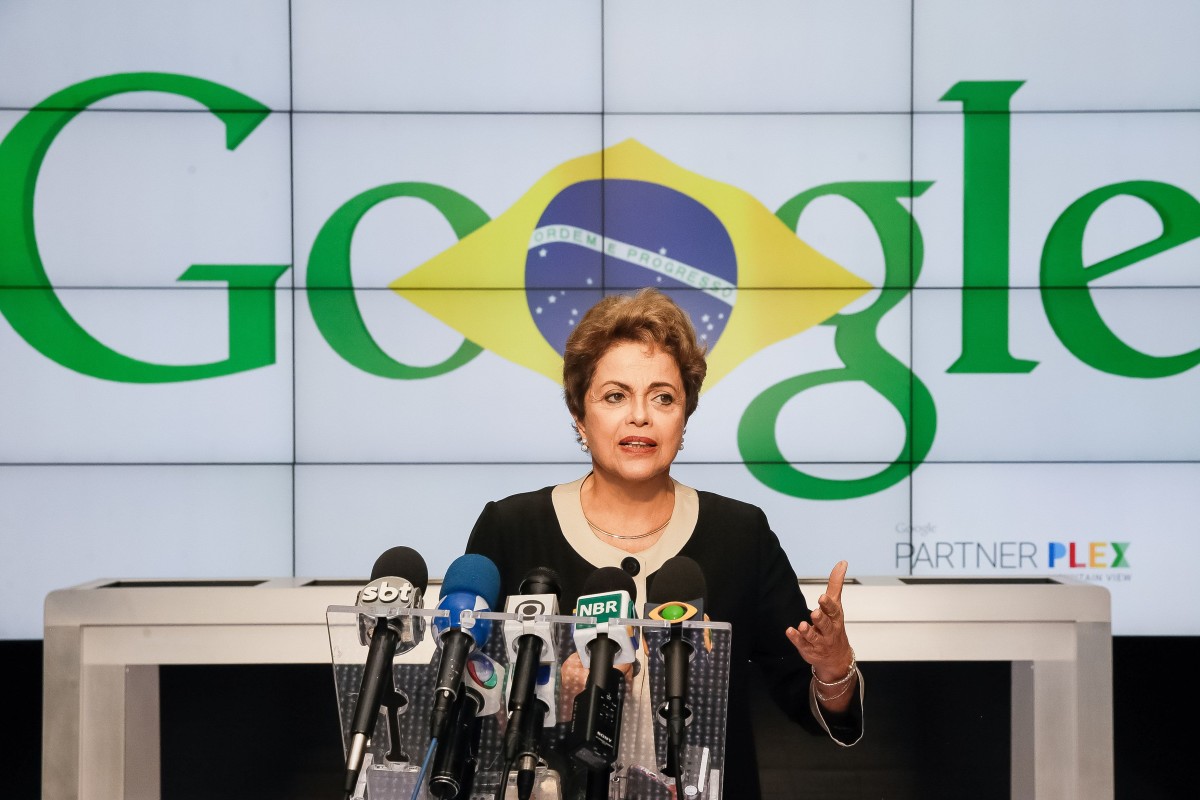 July was a busy month for consumer tech in Latin America, with Xiaomi making its debut in Brazil, while Amazon expanded its Mexican operations. As for the startup scene, it saw its fair share of acquisitions, funding rounds and launches. Here’s the news you don’t want to miss:

Amazon finally began selling physical goods in Mexico, where it had been selling e-books since 2013. Its expansion wasn’t a surprise, but happened earlier than expected, with previous reports referring to a November launch. It is worth mentioning that orders above MXN 599 ($38) that are fulfilled by Amazon will be eligible for free shipping.

Meanwhile, Google is reportedly hoping to help Cubans get massively connected, although it is unclear whether the local authorities would let it happen. While official telco ETECSA announced new Wi-Fi zones and price cuts, Internet access on the island will still remain very limited and expensive, at least for now.

As for Brazilian president Dilma Rousseff, she visited Google’s HQ in Mountain View, and expressed interest in improving Internet access in remote areas thanks to initiatives such as Project Loon. She was received by chairman Eric Schmidt,  who announced that Google would double its engineering staff in Belo Horizonte, where it also plans to open a new tech operations center in November.

On a lighter note, Google Street View had a rough landing in Uruguay, where one of its cars reportedly got into a minor traffic accident on its first shooting day.

In other news, Apple’s country manager for Brazil Paula Bellizia rejoined Microsoft, where she had previously worked for over a decade, MacMagazine reported. As mentioned in her updated LinkedIn profile, her new job title is “President at Microsoft Brazil.”

French telco Vivendi exchanged its remaining Telefonica Brasil shares for Telefonica shares, the company announced. By doing so, it finalized its exit from Brazil, which follows its recent sale of Internet operator GVT to Telefonica. According to the company, this ” transaction reflects the Group’s intention to become more active in Europe and to pursue strategic partnerships there.”

Twitter officially inaugurated its Miami office, whose impending opening had first been announced last April. According to a spokeswoman quoted by The Miami Herald, the office is located at 1395 Brickell Ave. and is expected to grow beyond its current staff of six employees. In addition, the micro-blogging company rolled out advertising opportunities targeted at Brazilian SMBs, Startupi reported.

Our Miami team is excited about their new digs in Miami, Florida! #GoForItTwitterMiami #DaleTwitterMiami pic.twitter.com/XMmrjNsBy7

Meanwhile, both AT&T and Motorola announced investment plans in Latin America. On one hand, the US telco will spend $3 billion over the next 3 years to roll out a high speed mobile network in Mexico. On the other, Motorola plans to boost its R&D capacities in Brazil, for which it hired 200 new workers over the last 12 months.

PayPal acquired publicly traded digital money transfer service Xoom, for which it will spend around $1.09 billion at $25 a share. As The New York Times pointed out, Xoom is part of a wave of companies disrupting the traditional (and huge) remittance market. In its last fiscal year alone, it handled about $7 billion in transfers moving between the United States and 37 countries – a list led by India, the Philippines and Latin American countries.

Online tech and creative training company Pluralsight bought code mentoring venture HackHands, a startup based in San Francisco but with two Brazilian entrepreneurs among its founding team. “The HackHands service will continue to be offered — there will be no lapse of service,” the startup promised in its official announcement.

Freelance marketplace Nubelo bought an additional 31% of its Brazilian counterpart Prolancer, which it had started to acquire in 2013 (while the acquisition was first announced back then, it now appears that it had only acquired 20% of its shares). As you may remember, Nubelo was one of our 12 Latin American startups to watch in 2014. According to Expansión, the company now plans to open offices in Colombia and Mexico.

Global Fashion Group (GFG) raised €150 million ($166.52 million USD) at a €3.1 billion valuation ($3.45 billion USD), Reuters reported. As you may remember, GFG was born in 2014 from the merger of five of Rocket Internet’s e-commerce properties: Dafiti (Latin America), Jabong (India), Lamoda (Russia and CIS),Namshi (Middle East) and Zalora (Southeast Asia and Australia). It is also backed by Kinnevik, which co-led this new round alongside Rocket, with participation from anonymous sources. GFG had already raised $35 million from Tengelmann Ventures and Verlinvest at a similar valuation a few months ago.

GFG will use this new capital to acquire two Brazilian online fashion businesses that were already part of Rocket Internet’s portfolio: sports-focused Kanui and baby-focused Tricae. Both will be integrated into Dafiti, while GFG will use the remaining part of its funding to develop shared warehousing, marketing and product development between its brands.

Marketplace for beauty and wellness services Vaniday raised a €15 million round ($16.45 million USD) from its parent firm Rocket Internet and unnamed investors. As we reported, Vaniday had first launched in Brazil last March. It has since then expanded into the UK, Italy, France and the UAE, with further expansion already planned “within the next few weeks.”

Brazilian digital marketing startup Resultados Digitais announced a R$15 million investment (around $4.31 million USD) from Redpoint Ventures, DFG Inova and Astella. The round was raised during the second quarter of 2015, but was only made public this July.

Colombian digital signage company Enmedio is now backed by Axon Partners Group through its Amerigo Ventures Pacifico fund. According to Pulso Social, the funding might reach $4million over the next 24 months — presumably as long as certain goals are met by the startup, which is part of the Endeavor network.

As for 500 Startups, it unveiled its 14th SF-based acceleration batch, which includes Uruguayan startup Monkeylearn and Brazilian team Pipefy.

Incidentally, Brazil-based 21212 officialized the paralysis of its acceleration program. It now plans to focus on its existing portfolio, while content developed for its education initiative 21212 Academy will become “open and free to all Brazilian entrepreneurs.”

Xiaomi made its expected entry into South America with its Brazilian launch on July 7, celebrated with a marketing and press event in São Paulo. Sold under the “Mi” brand, its affordable Redmi 2 handset is manufactured locally in partnership with Foxconn, and retails for R$499 (around $160 USD). Two other products have also been announced as “coming soon” to Brazil: Mi Band (a fitness band) and Mi Power Bank. Mi’s online (pre-)sales in the country are managed by Brazilian holding B2W, which also owns e-commerce company Submarino.

As for fellow Asian company Line, it launched a lightweight Android version of its messaging app, which follows the same logic as recently launched Facebook Lite. Known as “Line Lite,” the new app weighs in at less than 1MB and dropped several features to help users in emerging countries save on storage space and data while still sending and receiving messages.

Rocket Internet rolled out its online lending platform Lendico into Brazil, where it will perform correspondent banking services, offering personal loans at competitive annual rates. It is worth noting that it won’t act as a P2P lending marketplace for personal and corporate loans like it does (or did) in other countries.

Lendico currently offers P2P personal loans in Austria, Germany and the Netherlands, having suspended said activities in Poland, South Africa and Spain due to a “mismatch” between personal loan applications and investors’ expectations in those countries. According to the company, its decision to put most of its focus on 4 markets is also backed by the institutional investors from whom it recently raised funding in the “three-digit-million euros range.”

Controversial “men rating” app Lulu relaunched in Brazil, a move anticipated by ZDNet and later confirmed in the App Store. While its exit from the country had seemed to result from the high-profile court case against ‘Luluvise’ activities at the time, its founder Alexandra Chong offered a different explanation to TNW. “We didn’t withdraw from Brazil because of lawsuits. We left Brazil because of the quick growth and partner concerns about the strain on our servers. We had hundreds of thousands of downloads in one week and a major issue with men changing genders on the app. All of this collectively is what led us to pull back,” she claimed.

Startup Farm founder and former Start-Up Brasil manager Felipe Matos is the new co-spokesperson of Dinamo, a lobbying and education initiative that hopes to influence public policy in Brazil and help the country become more startup-friendly.

Advertising agency Wunderman Buenos Aires launched Yumit, a project led by its in-house startup studio and aimed at making kids’ mealtimes an interactive experience. Thanks to a connected weighing scale and app, it hopes to turn each gram of food kids eat into virtual energy that can be used in interactive games.

Entrepreneur network Hackers / Founders (H/F) announced the launch of a Mexican edition of Co-Op, its incubation program for startups. The new chapter will take place in Guadalajará, Jalisco, in partnership with this state’s innovation, technology and science department (SICYT). It plans to select and support at least 10 Mexican entrepreneurs a year; its first call for applications will remain open until August 21st.

Transportation service Uber managed to avert threats of limitations to its car fleet in Mexico City, which ended up adopting more open measures, which the company celebrated on its blog. It includes a commitment from Uber to contribute to a fund supposedly meant to finance safer streets and sustainable transportation options. Still in Latin America, it turned taxi protests in Rio de Janeiro and the resulting chaos into a marketing stunt, offering free rides for one day, which it promoted with the hashtag #ORioNaoPara.

Read next: Campaign Monitor wants to lure developers away from Mailchimp