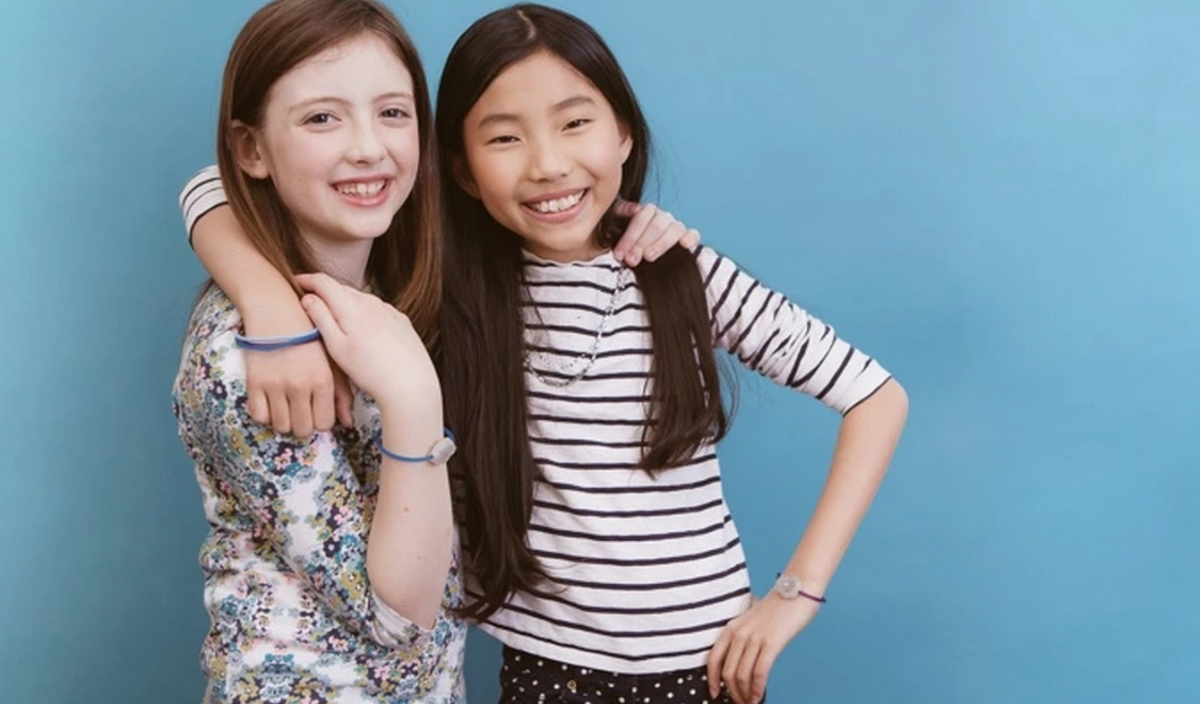 Jewelbots hopes to bring the old-school friendship bracelet into the iPhone age and teach girls to code with its smart jewelry.

The team behind the Kickstarter project — which has already raised double the $30,000 goal — has built an open-source wearable for teen and tween girls to encourage them to learn coding through basic logic.

The bracelets have four LEDs, a vibration motor and Bluetooth connectivity. They connect with each other to form a mesh network, which means a phone isn’t required to communicate with friends.

Out of the box, a Jewelbot can detect nearby friends and send secret messages, but with simple logic and a few taps it can be extended to do a lot more.

Extending the bracelet is straightforward, using a smartphone and a “if this then that” style workflow. It can be programmed, for example, to light up when a specific friend is nearby.

The bracelet can also be plugged into a computer via USB and developed on directly to create further extensions, using the Arduino integrated development environment (IDE).

The developers designed the project by working with groups of teen girls, who gave feedback on aesthetics and functionality.

The team has created two phases of prototypes already and plans a final round before testing and manufacturing begins later this year.

Jewelbots is the brainchild of CEO, Sara Chipps, and COO, Brooke Moreland, who set out to “inspire a deep curiosity and lasting love for computers and programming” using the devices.

The pair say they hope to get girls to “[open] their minds to science, technology, engineering and mathematics [STEM] at an age when many lose interest.

I love the idea of Jewelbots. It’s a tangible way to pique girls’ interest in coding and offers a path to getting them hooked. I know from first-hand experience that there’s nothing quite like coding something that can be touched and used in the real world.

The company also hosted ‘Bring Your Daughter To Hack‘ Events in New York and San Francisco las month, where kids were able to build their own wearables.

A single Jewelbot starts at $59 with a pack of two costing $89. They won’t ship until March 2016 and reward tiers are limited, so you’ll have to get in fast if you’re interested.

Read Next: Google unveils Project Soli, a radar-based wearable to control anything