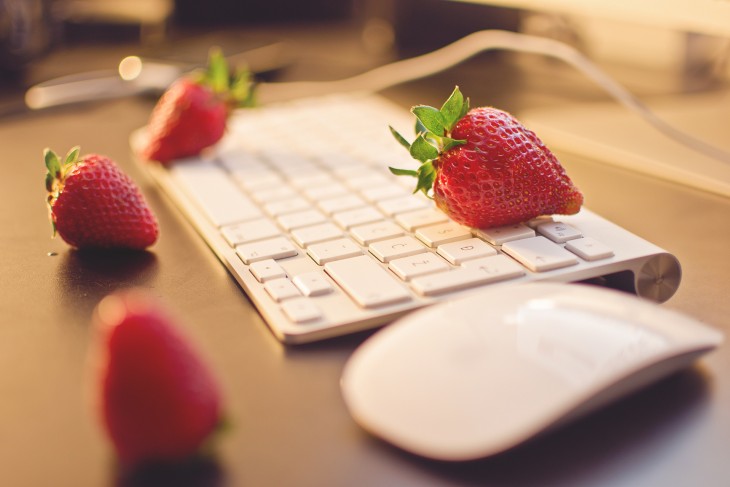 Just a few years after massive Massive Open Online Courses (MOOCs) disrupted the field of education by offering university-level education programs to everyone for free, they’re already in need of re-disruption. One of the ways to do so is to make courses shorter and easier to digest. That’s where quite a few startups have found their niches and even started making money, solving the monetization problem some MOOCs appear to have.

Micro-learning or bite-sized courses are an emerging trend in the online education industry. Adapting to the shortening attention span of today’s audience, services try to wedge between busy schedules and teach people something new, even though it’s not always about academic disciplines or college-level knowledge.

“People don’t want to sign up for something and then wait six weeks to start, and then keep going back and forth. They want to start engaging with the content right away on their own time,” said Justin Kitch, founder and CEO of micro-learning platform Curious.com.

Launched in May 2013, the platform has already raised $22.5 million in funding. It contains about 13,000 video lessons from 1,500 teachers. Lessons are typically around 15 minutes long and grouped into courses that consist of up to 20 lessons. The topics range from foreign languages, such as learning to speak Mandarin Chinese, to cooking and playing instruments.

Another similar project, Russian-born Coursmos which incubated at Happy Farm in Ukraine before moving to San Francisco, offers even shorter courses. The startup’s founder Roman Kostochka, who launched Coursmos in 2013, cites a YouTube study showing that almost all users watch videos up to three minutes long in their entirety, while longer ones often get abandoned in the middle.

Focusing on practical knowledge, Coursmos offers about 50,000 video lessons grouped in 11,000 micro-courses. A total length of a course rarely exceeds 15 minutes as each lesson can’t be longer than three minutes.

The company recently raised a $600,000 seed funding round from Russian Altera Capital Group and Imperious Group, bringing the total invested amount to $1.2 million. Kostochka didn’t disclose the valuation, however, mentioned that the founders still own more than 50 percent of Coursmos’ stock.

It appears as though the younger a micro-learning startup is, the “microer” it is. Ukrainian Highbrow, launched in April 2014, brings bites of knowledge to your inbox with its email lessons that takes less than five minutes to get through.

Offering the knowledge in the form of pictures and text, Highbrow focuses on letting users learn new things that are not necessarily practical, but rather expand their outlook. Examples include things like “Natural wonders of the world” and “Philosophical ideas that everyone should know.”

Users have been buying in all kinds of micro-courses pretty well so far. A seemingly niche project with no advertising budget, Highbrow already has 5,000 subscribers — with an additional 6,000 for the Russian version of the service, Eggheado. The startup’s co-founder Artem Zavyalov told TNW that the email open rate for both versions is 62 percent while more than 37 percent of users have completed at least one course.

The project is looking for a $200,000 funding round and has yet to start monetizing. Zavyalov plans to make money in the future by introducing premium accounts with advanced personalization options.

Coursmos, in its turn, boasts more than 520,000 users with a course completion rate of 25 percent — much higher than traditional MOOCs. Focusing on the US as its main market, the platform monetizes through taking a commission from paid courses and through the recently introduced subscription option that allows unlimited lessons for $8.88 per month.

With the new round of funding, the company plans to extend into B2B solutions, offering corporate customers to build closed learning platforms for employees.

Kitch from Curious said that the completion rate on the platform is “way over 50 percent,” with more than 3.5 million views of the lessons since the project was launched. The courses on the platform tend to be longer than with Coursmos but also cost significantly more, ranging mostly between $15 and $35. The more expensive lessons cost as high as $80.

Founders of micro-learning startups agree that it might be easier to monetize bite-sized knowledge than academic courses taught by Coursera and the likes.

“It opens you up to more monetization opportunities [than MOOCs] when you’re doing micro-learning,” Kitch said. “Because you’re actually operating more like a media company or an entertainment company. People are used to those models and willing to pay for things in a different way because of that.”

However different micro-learning companies can be, their success depends on quality content that usually is created by third-party teachers.

Founders of Curious and Coursmos agree that there are three reasons behind people’s willingness to create online courses. The first one is the money that teachers make by selling their courses (on both platforms, it’s up to the course’s creator to put or not to put price tag). Even with the platform taking its fee — 30 percent for both Coursmos and Curious — teaching online can become a good additional income source.

The second reason is more interesting: online courses, and especially bite-sized ones, are seemingly becoming new marketing channel through which people and brands can promote their goods or services. It’s the same idea as tech companies’ sponsorships on relevant courses on Udacity but on a smaller scale — and with a potential to become a new norm for bite-sized learning.

How to simulate the social pressure

What the founders of micro-learning startups disagree in is the fate of the MOOCs operating today.

“I think MOOCs are on their way out. They were intermediate attempts towards something that needs to be much, much better. MOOCs won’t even be around in year or two,” said Kitch, adding also that some of massive online platforms are already moving towards shorter courses that are easier to digest.

Kostochka, however, believes that MOOCs are not going to die any time soon.

Talking about future of online learning as a whole, Kitch underlined that neither MOOCs, nor micro-courses are perfect learning tools so far.

“The most challenging part of learning something is actually not the format, it’s the kick in the pants and the social pressure,” he said, noting that people learn best in their youth because of the environment they’re surrounded by.

“In college you’re eating with [peers], going out with them, and you’re all talking about the classes. So they make fun of you if you don’t show up or if you get a bad grade.

“We need to figure out how to create that same motivation and that same kick in the pants urgency, so that learners can actually get up and do it.”

Read next: Evernote is down [update: it's back!]