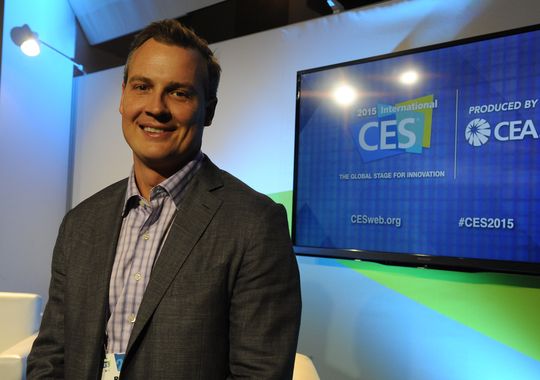 Most people will know Shazam as that app you use when you hear a song and don’t know who it’s by. In 2014, the company focused on making its app more purposeful by adding a social recommendation aspect and Rdio and Spotify integration, in which users can scroll through a feed of artists related to what they’ve Shazam-ed to discover new content.

For 2015, Shazam is extending its feature to a world outside of music. Shazam CEO Rich Riley sat down with us and gave us his idea of what’s ahead for the company in this coming year.

You may have already noticed Shazam prompts in your television commercials or movie theaters that act like QR codes – “Shazam this commercial to learn more!” This year, Riley says the team will continue to work a “visual Shazam” feature to connect the app to the physical retail experience.

It makes sense. Most of us carry our phones when we go shopping, and often use it to price check or find reviews. By offering a Shazam feature that may incentivize customers to Shazam for free coupons, retailers may just be able to win customers back from online stores.

Riley also showed us how the company will integrate more augmented reality into Shazam results. In the demo he showed me, Riley Shazamed a print magazine ad for Jaguar, and the app took him to a 360-degree AR view inside the luxury car. Turn the phone in any direction and it looks as though you are truly inside the car – minus, of course, that new car leather smell.

Riley says he hopes to create more campaigns like in this the future to allow brands to engage with customers via smartphones more effectively.

The plan for 2015 is to also optimize the Shazam app for the wearable market. Rather than having users pull their phones out and stick it to the nearest speakers, he’s hoping to develop a way for users to speak to their smartwatches, Siri-style, in order to Shazam content. He also says they are working with beacons to recommend Shazam content based on location.

With 2014 as the year big data got stolen, I asked Riley what the company is doing with its plethora of user information as it gains more data on user listening, shopping and TV viewing behaviors. The CEO says the company is “protective of its data,” and does not plan to sell it to other marketing firms.

“We retain the data and help target ads on behalf of advertisers [using our platform,]” he says. “Those are the primary uses of our data.”

Riley says Shazam now accounts for nearly 10 percent of all music sales. We’ll have to wait and see how much of an impact it’ll make with retailers once augmented reality comes into play.

Read next: #CES2015 Day 2: We got our hands, ears and eyes on any gadgets we could find