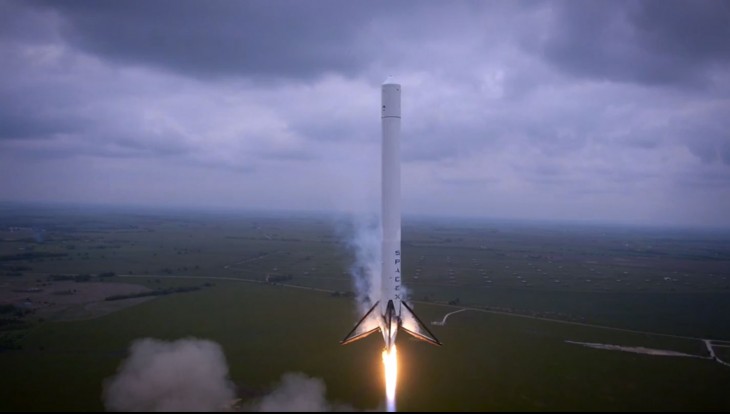 Elon Musk is probably the most interesting person in private space technology right now. Today, he teased a number of new features for his SpaceX rockets and the technology that launches them.

First up is the new x-wing design (no, not the ones from Star Wars) for hypersonic control, which help with re-entry to improve stability and offer greater maneuverability. For take-off, the fins are stowed and automatically deploy for re-entry.

Grid fins are stowed on ascent and then deploy on reentry for "x-wing" style control. Each fin moves independently for pitch/yaw/roll.

Musk also teased a new “autonomous spaceport drone ship” which will be used for takeoffs from the ocean. Apparently, the ship reuses thrusters from deep sea oil rigs to maintain its position even during huge storms.

These new drone ships give SpaceX a place to launch and land its reusable spacecraft away from population. SpaceX previously said that it was “highly confident” it can land its reusable rockets on a floating launch pad.

Musk’s reusable rocket program has been in development since at least 2012 and has been largely a success. Back in August, a Falcon 9 test rocket exploded during launch but didn’t cause any injuries.

The next SpaceX Falcon 9 launch is scheduled for 16 December 2014 on a resupply mission to the International Space Station.

Read next: 7 digital marketing solutions for every startup’s needs