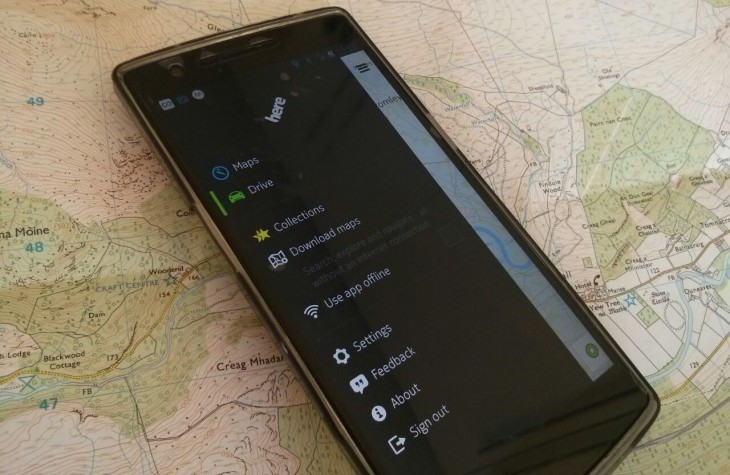 Nokia’s a different beast to what it once was after selling its Devices and Services division to Microsoft earlier this year. Even though it has started dabbling in the hardware realm once more, most of the consumer-centric focus from the Finnish company of late has been in relation to its HERE mapping platform.

Today marks a milestone moment for the service, as HERE is being opened to third-party developers to access through a dedicated self-service portal.

Before now, developers had to liaise directly with HERE’s sales team to procure a license to use it, which is still the case for ‘power users’ who need more than what’s being offered through the new self-service platform.

There is a free 90-day trial of the various consumer- and enterprise-focused services, but after that you will have to pay to access most of the features. This could cost up to €10,000 each year, which covers 2,000,000 ‘transactions’ per month, and full access to HERE’s arsenal of APIs, including transit routing, traffic incidents, street-level imagery and more.

That said, there is a basic free version for those building consumer-focused apps, which gives you map and satellite tiles/images, geocoding, reverse geocoding, places and car/pedestrian routing. However, this is aimed at lower-trafficed mapping applications of 100,000 transactions or less each month.

Nokia has made the pricing for the consumer and enterprise APIs pretty clear, so shouldn’t cause too much confusion.

Finally launching for Android last month, HERE has been a popular navigation tool on Windows Phone for a while already, and even had a brief flirtation with iOS. The platform is regarded as one of the four big guns in the global online mapping space, alongside Google Maps, TomTom and OpenStreetMap, and it lends its mapping data to 80 percent of in-car navigation systems.

If you’ve ever used an application that relies on maps, be it for GPS fitness tracking or finding local tourists attractions, there’s a good chance it will have been powered by Google Maps. However HERE, OpenStreetMap and TomTom have their respective fan-bases among developers too.

By making things easier for developers to access HERE’s APIs through a self-service portal, this could go some way towards increasing its presence across the app realm.

In addition to the recently launched Android version of HERE, Nokia has previously revealed that it will be re-launching for iOS too by the end of the year.

Read next: Create your own peer-to-peer marketplace with Sharetribe