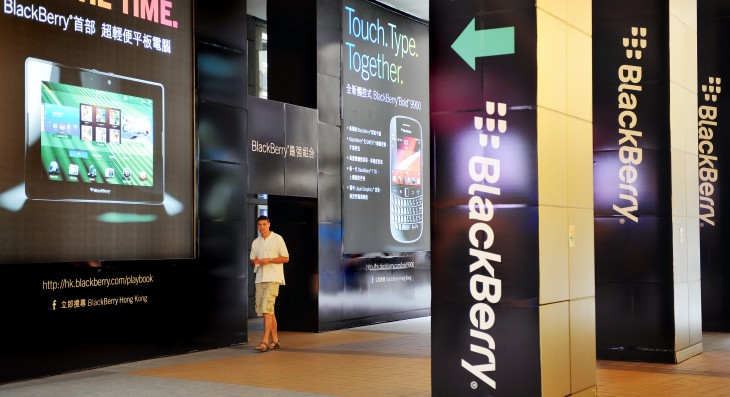 What a way to start the week! BlackBerry announced today that it has signed a letter of intent with a group led by Fairfax Financial, a shareholder with a 10 percent stake in the company, hinting at a possible takeover. CNBC has initially sourced that the takeover would be worth $4.7 billion and shareholders would receive $9 per share.

It’s believed that if a deal is done, it will be signed by November 4. However, additional offers could be solicited in the meantime. Whatever the result, it’s perhaps welcome news for the company, given that it has been shopping itself around. Potential suitors had indicated that if they acquired BlackBerry, it would only be looking for its operating system and keyboard patents.

The Fairfax Financial-led group would take BlackBerry private, as the smartphone manufacturer’s co-founder Mike Lazaridis sought to do in a report this weekend. Fairfax’s Chairman and CEO Prem Watsa said in a statement:

We believe this transaction will open an exciting new private chapter for BlackBerry, its customers, carriers and employees. We can deliver immediate value to shareholders, while we continue the execution of a long-term strategy in a private company with a focus on delivering superior and secure enterprise solutions to BlackBerry customers around the world.

BlackBerry’s stock is currently halted. Wall Street estimates it will begin trading around 2pm EST. Prior to the news, the stock was trading at $8.23.

The news comes a few days after the company declared that it was reducing its workforce by 4,500 following a rather disastrous Q2 2014 (fiscal year) quarterly earnings result where it brought in 50 percent less revenue than was expected. Earlier this month, it was also reported that the company would lay off half of its US sales team.

This weekend, BlackBerry attempted to release its Messenger app for iOS and Android, coming years too late, but quickly halted the move citing demand “issues” with its servers.