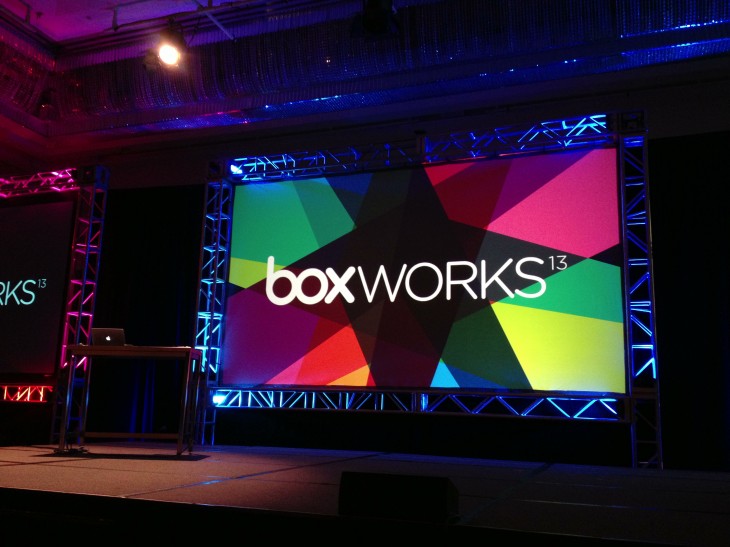 Box co-founder and CEO Aaron Levie took the stage at the company’s third-annual customer conference to talk about its next step in helping its users move further into the cloud. During his three-hour address, the eccentric and often-times comedic 30-year-old, announced four product updates designed to help its users better adopt the cloud and simply become more productive no matter where they are.

Set to be released later this year, Box unveiled updates to its Preview tool and mobile apps, while also offering new ways to capture and share ideas, and add context to your content.

Box is launching a refresh of its Box Preview that incorporates the company’s recent acquisition of Crocodoc that now will allow you to glance at any file shared right from within the browser.

The update shows you lightning fast content viewing, supports more than 100 file types, enable you to zoom and pan on images, copy and paste text, and a new filmstrip user interface. It’s billed as a new way to allow you to interact with your documents without needing to open them up in their native program — and what if you don’t even have Photoshop, Microsoft Office, or Adobe Illustrator installed?

The latest version of Box Preview will be released later on this year.

Launching later this year for iOS devices, this refresh will be more focused on the user experience. It’s not surprise that mobile devices in the enterprise are one of the main tools at an employee’s disposal. With the “consumerization of IT”, workers want to have a team that they’re familiar with, just like using services like Evernote, Twitter, or even sending a text message.

With this update, Box is leveraging its acquisition of Folders and the team rebuilt the product from the ground up. Along with a new interface, it now includes offline access, which enables the user to download files and folders they want to work on sans Internet connectivity — perfect for when you’re in the middle of nowhere, or on an airplane.

Media and PDF support has also been enhanced, giving users better previewing of files without needing to download them onto their local device. Interestingly, when viewing PDFs, you will be able to cycle through pages of the file in a similar manner you have with Flipboard and Zite.

Lastly, Box for Mobile now includes PowerPoint presentation support. For those on iOS devices, displaying a PowerPoint file outside of its native software will leave important elements out, such as background, fonts, etc. But now, Box’s mobile app will show the presentation in all its glory.

As we reported earlier, Box unveiled a new way to compose documents right from within its framework. With Notes, it’s the company’s attempt to recreate what you have with Google Docs, Quip, and Evernote.

You might think that Box is all about simply storing files, but it’s grown tremendously to become a platform with a thriving ecosystem. Chris Yeh, the company’s Vice President of Platform Engineering, told the audience that today, there are 28,000 developers tapping into its API this year. What’s more, it’s hitting 4 billion API calls each year with 700 million third-party calls each month.

New to the platform is the ability to add metadata into applications. Through this, users and administrators can dive deeper into the various industries that they’re working on. One example is in the healthcare field, whereby you might see an x-ray image, but only see the file name and type. With metadata, Box claims that people will receive more contextual information, such as their name, patient ID, diagnosis, and more.

This feature will be available later this year in the API and Box UI.