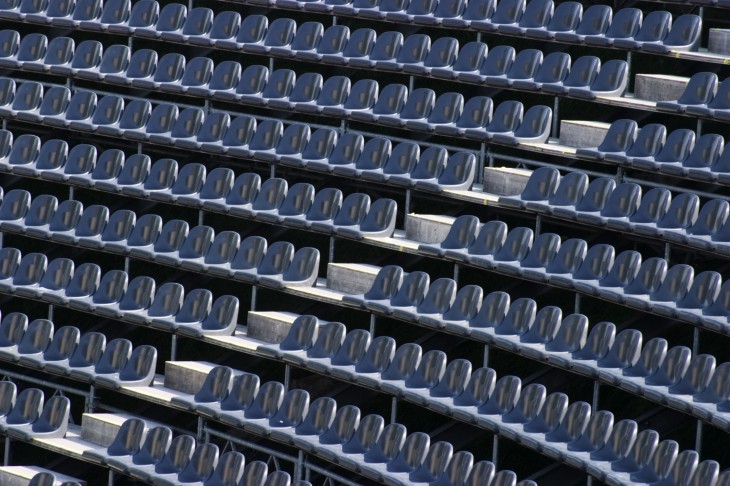 Buying a ticket to see your favorite band, movie, sports team, festival, or celebration has become a fairly simple process since the advent of the Internet. Patrons can go to sites like Ticketmaster, Stubhub, Eventbee, Amiando, and Ticketfly to gain admission to their event, but where does a company go from there? How do you innovate?

We spoke with Eventbrite, one of the most popular ticketing platforms in the industry, about its future and how it can continue its momentum into the future as it ponders a potential public offering. It was during this talk where we dived deeper into the company’s Event Graph, a technology concept whereby it says it can help users discover events they might find entertaining and worth attending.

The notion of this kind of “graph” isn’t new, especially in Silicon Valley. After all, there’s the social graph (Facebook), the knowledge graph (Google), and the interest graph (Pinterest), so why not one centered around events?

More to Eventbrite than what’s on the surface

Before we dive down the rabbit hole of what Eventbrite is all about, it’s worth noting that the company says one of things people commonly mistake it for is a ticketing service company. It adamantly says it’s not — it’s a technology company. Admittedly, it’s rather difficult to separate the two — tell me you don’t think of it as an event ticketing service provider. But in a similar manner to how Twitter and Facebook are more than just social networks, Eventbrite aims to show how it can use technology to solve the world’s problems when it comes to finding things to do.

In the seven years since its founding, the company has been focused on using its technology to connect event organizers and attendees together and along the way, it’s amassed a great deal of data. It’s using that information to help solve problems in the space it’s in while also ensuring that it has a long-term perspective. As an example, Eventbrite says that it’s working on continually improving its infrastructure to help bolster its recommendation engine so that relevant events are noticed quicker.

So what is the Event Graph? As Vipul Sharma, Eventbrite’s Director of Data Engineering tells us, it’s quite complicated to describe. In its basic definition, it’s a recommendation engine that helps to solve the discovery problem. But it’s not just an algorithm that spits out any event with a “spray and pray” mentality. Sharma tells us there are four key points for the company to consider:

The Event Graph is something that Eventbrite has built itself using a slew of data provided by its users. Sharma says that in the company’s early days, the focus had been on helping organizers create their event pages in a seamless fashion and quick to start selling tickets. Since it pretty much has accomplished that goal, the next step is for the attendees. For the most part, the Event Graph is all about their needs.

Eventbrite helps people discover new events through the use of implicit and explicit data. With the former, when you go to an event, the service will assess who else is there and add them to your “network” (no, not like friends on Facebook – this is a network you can’t see). It will parse through all other Eventbrite users to see what other types of events have they attended previously. Everyone already has something in common so the company is making the judgement that you might also enjoy these other type of events.

Through explicit data, Eventbrite isn’t discovering information about you surreptitiously, but rather with your direct help. It’s hoping that you will integrate your Facebook account with its system so that it can supplement the data it has already with information about friends you hang out with, your interests, and events you’ve gone to before. The company may also add LinkedIn data in the future, given its acquisition of Lanyrd.

Challenges with crafting the graph

Sharma tells us that coming up with the Event Graph wasn’t a painless experience. In fact, there were two key challenges that the company needed to overcome in order to make sure that this concept could take off.

The first involves being able to find out who its users were when they didn’t participate in any on-boarding activities. As it currently stands, you don’t need to actually have an Eventbrite account to register for a ticket, which works to the benefit of the user, but is a disadvantage to the firm since it won’t be able to track your activity.

Sharma says that through the use of the company’s “secret sauce”, which he wouldn’t divulge (believe me, I tried!), it’s able to determine your preferences, such as location, gender, and maybe some of your interests, starting with just your email address. In doing so, Eventbrite will be able to at least begin targeting events to you to grow its profile on you.

In a way, it needed to come up with a way similar to Netflix’s onboarding process where you need to answer a flurry of questions in order for the recommendation engine to begin offering suggestions.

Another thing that the team needed to overcome was staffing. As is often the case in Silicon Valley, Eventbrite found itself in search of engineers and team members as it looked to grow out the Event Graph while also better preparing the system and infrastructure to handle an influx of events. Sharma told us that it’s very difficult to predict when a bevy of new events are created each day and the company needs to improve its preparedness.

The future of events

Eventbrite’s priorities have shifted over the past few months, although its focus towards events hasn’t changed. While the Event Graph is targeted towards attendees, it’s easy to forget about the its fledgling developer ecosystem. Sharma admits that the company needs to do a better job at that and it has established a team to dedicated towards expanding the platform.

However, whatever work the company is doing towards the event graph, it’s only going to be available for its marketplace — third-party developers won’t be able to tap into this technology in the immediate future.

So while others wait in the wings to utilize Eventbrite’s features, the company is moving forward with improving its offering to help ensure that it becomes a better centralized place for organizers and attendees to meet.

On Tuesday, the company announced that it had made its first set of acquisitions, picking up Lanyrd and Eventioz. The advantage Eventbrite received from picking up Lanyrd is the ability to better organize its data. Right now, it has amassed venue data and other information about attendees and the event, but until it’s stored in a structured manner, it’s nowhere near as useful as it could be.

Looking ahead, what would happen if the company built up a Salesforce or Foursquare-like database around its event data? Third-party developers and event organizers could create data-driven registration sites that would pre-populate with enough information to answer any question an attendee has. Take TNW’s upcoming New York conference, for example. Imagine looking at the list of speakers and seeing a uniform bio that they provide to all events they’re appearing at, powered by Eventbrite. You could also then see other related events as well.

Will Eventbrite bring its data to other related applications, like WordPress, Tumblr, or perhaps enhancing existing relationships with Facebook, MailChimp, Salesforce, and Microsoft’s Bing search engine? How about opening up its data to others a la Twitter’s firehose, managed through Gnip, Topsy, or DataSift? These are all possibilities, according to Sharma, but he wouldn’t say anything else about it.

While the Event Graph rests predominantly with Eventbrite, it may not be an exclusive thing for the company. After all, Ticketmaster and other similar services could seek to create it. Would it succeed? It’s unclear, especially given its reputation for little innovation. However, with Ticketfly, ScoreBig, and others on the scene, things may get a bit interesting.