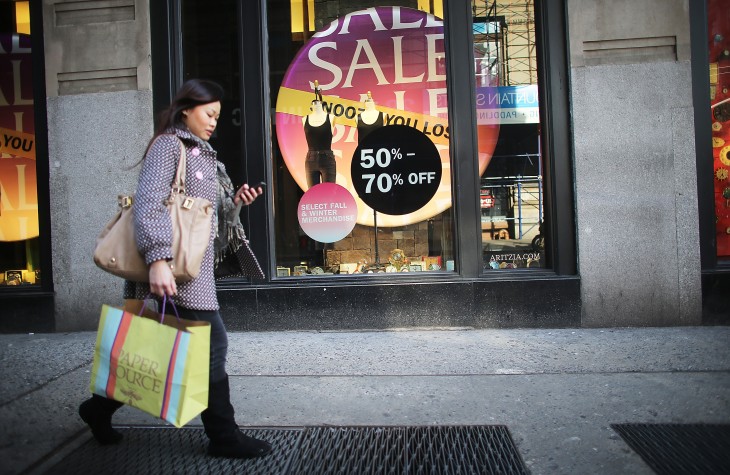 E-commerce platform Shopify is moving past the online world and into the offline. Today, the company has announced the launch of its point of sale (POS) system that it says will enable merchants to manage all aspects of their store. With the new tool, retailers can monitor their inventory, customer data, product news, and more. And all it’s going to cost them is $78 per month.

Shopify’s POS system is very similar in style to what you would get with Square before it introduced its Stand design — it’s run off of an iPad with a card reader attached to it. It utilizes the same store management system that merchants use for their online stores. Essentially it marries both the online and offline together so that businesses only need a single piece of software to manage the entire experience.

Other features that merchants will get include:

In looking at the hardware the Shopify offers merchants, it’s a bit excessive, especially when compared to what other companies are offering. However, Shopify feels that it will be appealing to retailers, including the 65,000 that are currently using it to sell their wares online.

The launch of a POS system is the next evolution in Shopify’s story. For the past seven years, it has been a service that helps merchants set up online storefronts. Then it decided to move into empowering merchants to help customers find what they want, regardless of whether it’s online or offline.

The company believes that it’s going to be different from its competitors in that it’s not approaching it from a payment angle — it doesn’t consider it to be a transactional company. Instead, it feels that it’s more of a platform to help facilitate the exchange of goods.

The company’s Vice President of Product Adam McNamara said: “The future of retail is all about consumer choice. Consumers want to buy what they want, where, when, and how they want it. They might want to buy in-store and have it shipped to them. They might want to buy online and pick it up in store. Retailers need to be ready to tailor their retail experience around the unique needs and wishes of consumers.”

Shopify’s POS system is available for $78 per month, of which $29 is for the hardware and $49 is for each retail location. On top of that, merchants pay a small transaction fee for every credit card payment it accepts. However, it is giving away its software for free which allows any business to download and install it onto its own iPad with external card reader.

When you stack it up against the main competitors, it’s not the most expensive service and could be the most comprehensive of all the others. It blends the best of a Square Stand with the all-serving POS offering of Groupon’s Breadcrumb platform, and eBay’s retail platform. The big downside is the design and how it appears to be a bulky hardware device.

The launch of a POS system comes a couple weeks after Shopify unveiled its credit card payment processing feature for its platform. The company added Stripe to its list of integrations.

Shopify’s new product is available only in the US at launch, but the company says it will be released overseas in the future.