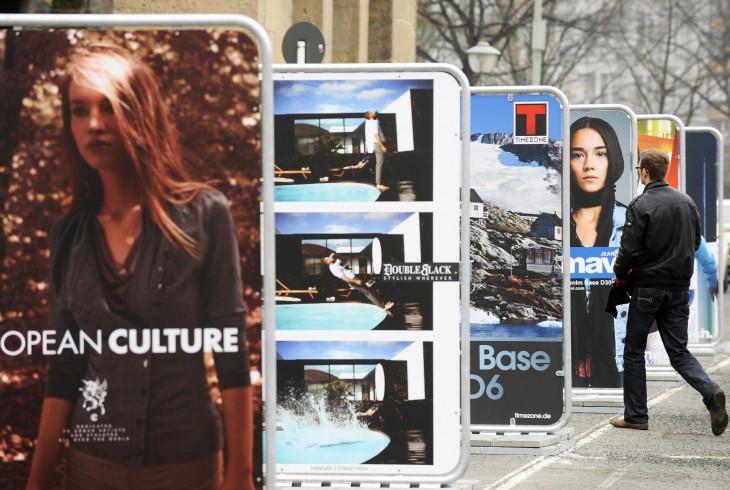 Social media curation and conversation platform Livefyre announced today the launch of its native ad solution that will turn users’ Instagram photos, Tweets, and Vines into promotional content. To kickstart its platform, it has partnered with the likes of IGN, AOL, and many others to bring its ad platform into their content.

The battle for ad impressions is certainly heating up with companies seeking new ways to grab your attention online. Banner ads just don’t work as well because people have been ignoring them for years, but now social media curation companies like Livefyre believe that by integrating public posts from networks like Facebook, Twitter, Instagram, and YouTube, it’ll help not only attract more eyeballs, but lead to higher conversions.

In a recent IPG Media Lab/Sharethrough study, it was revealed that native ads were viewed 53 percent more than display ads. This format also registered 18 percent higher “life in purchase intent” and a 9 percent lift for brand affinity response over banner ads.

Livefyre founder and CEO Jordan Kretchmer says his company’s new ad platform is special since it addresses both scalability and content creation:

Because Livefyre is already integrated with a network of over 250 premium publishers, we can instantly provide them with a scalable solution. Using social curation tools and interactive apps like real-time comments, ratings, and blogs, advertisers can automatically surface the highest quality conversations and content from brand advocates, and use that to promote their products without having to create content themselves.

Not a self-managed service

At first, when we heard that Livefyre had a native ad platform, we assumed it would be a self-managed service, similar to what you would have on Facebook, Google AdWords, and others. It seemed logical to have a service that would lets the brand select ad content based on what they understand about their audience.

But it’s actually more of a managed service platform whereby the agency or brand shares with Livefyre a creative brief or concept. From there, Livefyre will function like an online advertising agency, but with a social spin. Both parties will work together to develop the look, feel, user interface, and content behind each ad.

Livefyre says it will work with creative and media agencies to help properly identify and target audiences and publishers to make help maximize the return and also ensure that the native ads are integrated into third-party sites.

To make a long story short, Livefyre is going to be contracted by advertisers to help communicate with publishers and it will function like a contractor.

The company says it is working on a certification program that agencies can participate in to promote their understanding of social ads.

So what is a native ad? It’s content-based advertising that blends in with the information on the website. It doesn’t look conspicuously like a banner ad — think about if you saw a tweet or YouTube video embedded in the post you’re reading now — that would be a native ad. This is different from the ad all the way at the top of this page –that’s a traditional banner ad.

But while this is a logical step for Livefyre, it’s not the only game in town trying to tap into the native format. It’s competing against the likes of Sharethrough, Federated Media, and others. However, none have the social media curation functionality Livefyre does so that will certainly give it an advantage.

But, what about Chute? This media-sharing startup launched its own ad platform bringing user-generated content into ads and is working with brands like Conde Nast Traveler to bring its interactive ads into publisher websites. Granted, those ads are simply banners, but there’s a possibility that in the future, the format could become native, especially since people might tend to respond more favorably to images than just text.

Livefyre says that its social native ad solution will give advertisers four main services: social strategy, creative services, technology, and distribution. The company will help customize the experience for every brand and agency with a mixture of its engagement apps to display content from social sites, along with real-time comments, trending widgets, live media walls, and more. All of the activity will reside on the publisher sites or the brand’s website. According to Kretchmer:

Livefyre has always wanted to help our customers generate significant revenue with the social interactions on their sites. This is the first premium offering that has already generated hundreds of thousands of dollars in aggregate for publishers just using social interactions that are already happening on their digital properties and around the web.

All campaigns are able to be syndicated to more than 250 premium publisher sites that have partnered with Livefyre to distribute ads to millions of their readers.

Read next: Want to know which companies you can meet up with at TNW Latin America 2013? Here are a few of them..