Sharethrough, the startup that prides itself on delivering “native” ads, has unveiled a new mobile platform that it says will have a tremendous impact on how companies can make money through mobile usage. Called Sharethrough Mobile, the service helps advertisers display their campaign in a style that looks and feels in harmony with the mobile website it has been placed on. 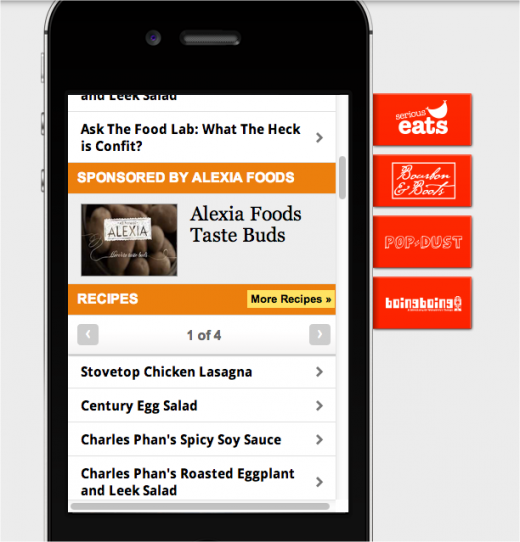 With Sharethrough Mobile, advertisers can take their articles, posts, reviews, videos, and other pieces of original content and promote it on mobile web browsers. This activity would appear as part of the website’s content stream and be labeled as “sponsored content”. For those familiar with Facebook’s mobile News Feed, Sharethrough Mobile appears to be copying that same process and implementing it within a browser.

At launch, publishers such as PEOPLE, Serious Eats, and Forbes, have signed up to use Sharethrough Mobile. The company says that it is also working on campaigns for different brands, including Cruzan Rum, Sauza Tequila, and Pepsi.

Sharethrough believes that its mobile platform is ripe for the advertising industry because it claims current offerings don’t reflect the user experience people are accustomed to with the device in their pocket.

Through the use of its proprietary technology, Sharethrough’s ad platform looks at a publisher’s website source code to determine its styling, such as fonts, colors, lightboxes, and more. Each attribute is matched to an ad and will continue to display relevant ads to match the template no matter if a design is changed.

Just like Kiip serves advertising natively in mobile applications, Sharethrough seeks to do the same, but in the Web browser. In the US, with 91 percent of people having a mobile device on hand all the time, mobile advertising is very logical step for companies — but advertisers need to do it in a smart manner as banner ads are no longer cutting it and the same experience that exists on the desktop, just will not work on mobile.

Sharethrough claims that its ads are effective because it works in a mobile “scroll-centric” environment and is made to work with the smaller screen.