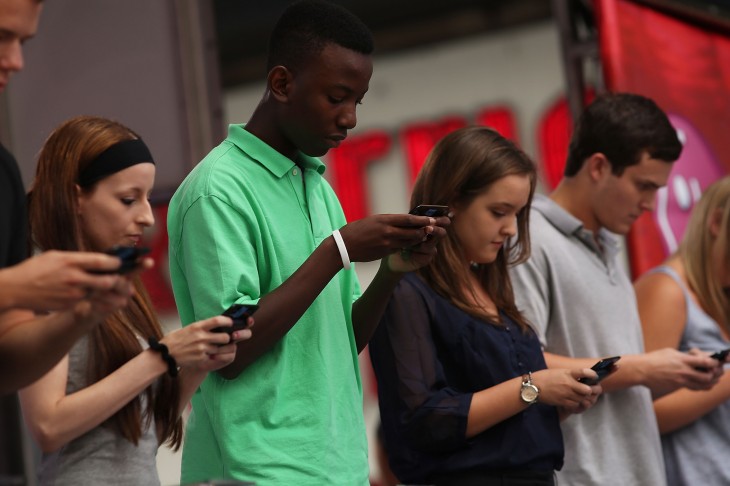 Investors included Horizon Ventures and a number of Silicon Valley angels from Google, Nokia, Yahoo, Groupon and Spotify, among others. The additional funding will be used to develop invi – which launched on Android last November – into a cross-platform service that supports iOS, Windows 8 and Windows Phone.

To coincide with the announcement, invi announced today that its Android iteration has been updated to support SMS messages, effectively replacing the default messaging app. Users can now text other people who aren’t on invi at regular SMS rates, or chat with other invi users for free over Wi-Fi or their cellular network.

It’s a jump which Google is yet to make with its cross-platform Hangouts app, but one that Microsoft has already implemented with its Android app for Skype. Alongside BlackBerry Messenger (BBM), set to launch on iOS and Android later this year, invi has a rather small window to make an impression and rise above its competitors.

“We wanted to give our users a unified messaging experience across the board. SMS is still a dominant form of communication, and our users have been asking for this type of integration, so we listened,” Lior Gonnen, co-founder and CTO of invi said.

The company’s success arguably rests on in its polished and visual user interface. Gone is the dull, text-based list of contacts that the user has spoked with recently, replaced instead by beautiful high-resolution photographs that extend across the width of the screen.

The unusual layout doesn’t skimp on functionality either, displaying the recipient’s name, their last message and the time it was sent in a crisp, white typeface that is clearly legible.

In truth, invi feels more like a desktop-based instant messaging client than a traditional texting app. Photos can be shared directly from Facebook or the user’s own gallery, as well as other apps such as Twitter or Pinterest directly into the conversation. Rather than serving up a tiny image preview, or a URL that needs to be opened in another app, photographs shared through invi fill the entire width of the screen too.

The service’s rich media sharing capabilities extends to video too, allowing users to watch a YouTube clip from within the app. While it plays, the user can continue chatting and add comments at anytime, removing the need to bounce back and forth between apps.

invi launched out of UpWest Labs, an accelerator based in Silicon Valley, and raised $750,000 in seed funding last November when it released its initial Android app.