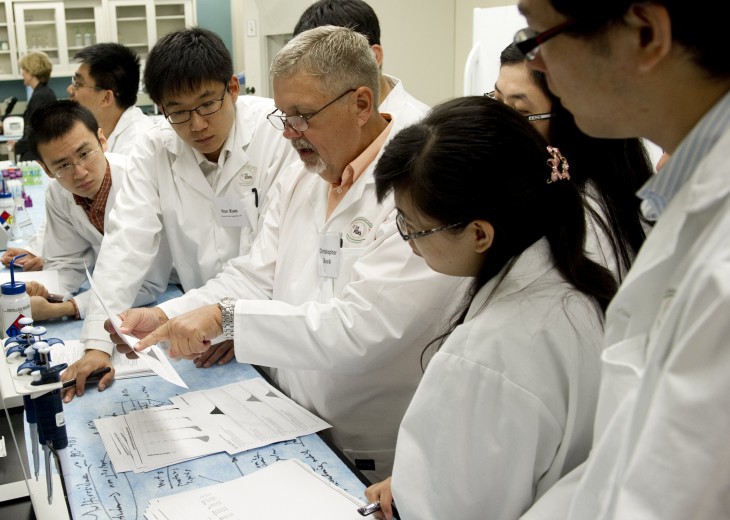 ResearchGate, the social network for scientists, has raised $35 million in Series C funding led by Microsoft co-founder and philanthropist Bill Gates and Tenaya Capital. The investment was initially reported by The Wall Street Journal Deutschland, although the exact amount is actually higher than originally stated.

The company tells us that it intends on building out its product, including releasing an API to foster the “open science” movement. Additionally, it will begin experimenting with revenue streams, including adding new features to its job board.

Founded by physicians Ijad Madisch and Sören Hofmayer, and computer specialist Horst Fickenscher in 2008, ResearchGate is akin to Facebook in its infancy. Only those people with an email address from an institution or research company can log into the site. To date, it has nearly 3 million scientists on the platform and claims 30 percent are repeat monthly users. The company estimates that in the world, there are between 7 and 8 million scientists — ResearchGate, based on those statistics, would appear to have nearly half of them using the site.

“Our goal is to free knowledge from the ivory tower, to digitalize it and make it accessible for everyone in order to accelerate scientific progress,” says Madisch, who is also the company’s CEO.

The investment by Gates comes from his personal account, not from the Bill & Melinda Gates Foundation. Tenaya Capital is the firm that has invested in the likes of Eventbrite, Edmodo, Hubspot, Lithium, and New Relic.

ResearchGate’s Series C round of funding also includes participation from Dragoneer Investment Group, Thrive Capital, and existing investors Benchmark Capital and Founders Fund. It previously raised a Series B round back in February 2012 for an undisclosed amount.

Madisch says that the company will begin focusing on revenue-generation with its new funding. It will focus on its job board, in which there are more than 12,000 listings and people can post vacancies for free. New premium features could be added in the future.

The scientist-focused social network isn’t the only service around. It is competing against platforms like Mendeley, a London-based platform that was acquired by academic publishing group Elsevier. When probed for others that compete in its space, Madisch tells us that “the establishment, publishers, and people who think the old way of networking is the new way of networking” are its biggest competitors. Deep thoughts, indeed.

As we closed our talk, Madisch regaled me with a tale about how ResearchGate has resulted in successful collaborations and scientific breakthroughs: a Nigerian physician had a patient die and took a blood sample for analysis. He connected with a Italian professor on ResearchGate and the two discovered a yeast type that typically infested plants, not humans. Now, along with a Dutch scientist they also met on the social network, the team is writing up a paper for publication in the future.

Benchmark Capital’s General Partner Matt Cohler says that ResearchGate’s growing network is an indication that “we are beginning to see the transformative impact of removing the arcane barriers to scientific collaboration and sharing.”