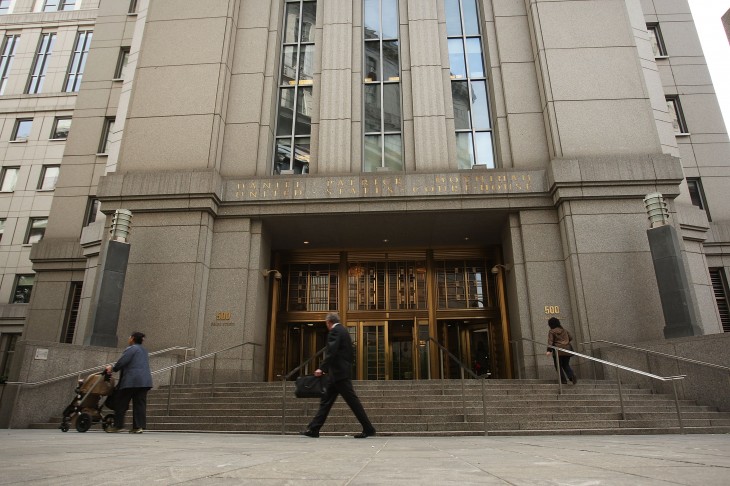 Not so fast, New York City. It appears that the implementation of the city’s e-hail app pilot program has been blocked, at least temporarily. Bloomberg is reporting that New York’s livery car groups have succeeded in preventing the city from testing out a new plan to allow people to hail and pay for a ride in one of the city’s taxi cabs using a service like Uber.

Last Friday, the NYC Taxi & Limousine Commission gave final approval to private car service Uber to begin participating in the program. The decision came five months after the TLC approved a measure to create a 12-month trial period to explore the viability of allowing e-hail apps to operate. Of course there’s some restrictions to the plan — these services needed to operate within the city’s five boroughs and could not take riders to and from JFK or LaGuardia airport.

The city’s Supreme Court dismissed a lawsuit last week from groups seeking to block implementation of the program. It was brought by The Livery Roundtable, Black Car Assistance Corpo, and several car-service firms who allege that the program violates city codes and could even allow drivers to discriminate “against racial minorities based on their names or locations, as well as the elderly, who are less likely to own smartphones.”

Earlier today, another on-demand taxi service Hailo received clearance from the TLC to begin participating in the program. With the sudden halt, one must wonder what Hailo and Uber will do next. Interestingly, this would be the second time Uber has had to withdraw its UberTAXI service, with the first time coming months ago due to unfriendly policies.

On Monday, Uber began rolling out its UberTAXI service with limited service. As of now, the company isn’t able to offer automatic payments, which many riders have come to appreciate the service for.

We have reached out to Uber for comment and will update this if we hear back. Bloomberg says that Kate O’Brien Ahlers, an NYC spokeswoman for its Law Department, would not comment on the matter.