Uber has officially rolled out its UberTAXI service in New York City after a six month absence. Days after the company received final approval from the city’s taxi commission to participate in its e-hail pilot program, UberTAXIs are now available. However, it is in limited supply and currently lacks automatic payments — so make sure you pay your driver before you get out of the car. 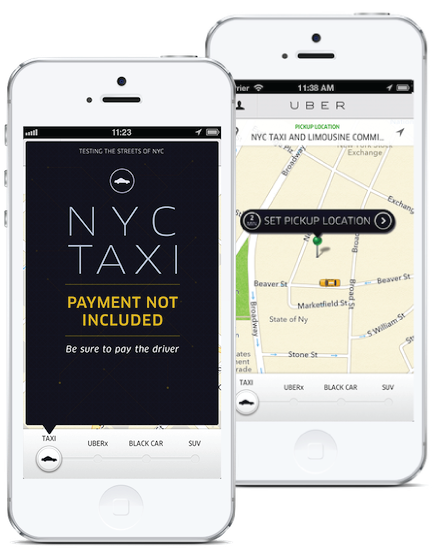 For those in NYC, hailing an UberTAXI is free. This mode of transportation is perhaps one of the cheaper options available by Uber, which could make it a very popular option in one of the US’s most populated cities.

Mayor Michael Bloomberg said in a statement about UberTAXI’s launch:

The launch of Uber’s service is great news for New Yorkers and visitors to our city who want to quickly and conveniently get a taxi. Adding safe and regulated e-hail service is the latest in our Administration’s efforts to use innovative technology to improve taxi service. We’re excited to see how the marketplace adapts to this new technology and what possibilities it may unlock in the future.

Because it’s relatively new, there will be a small number of taxis that will service Uber users — it does take time to on-board drivers and get them used to the application, after all.

Most Uber riders have become accustomed to the company’s mobile and cashless payment system. Unfortunately UberTAXIs have not been integrated into the system so before you get out of the cab, make sure you pay the driver, lest you wish to get in trouble. The company says all fares will be calculated using the default taxi meter installed in the cab.

As UberTAXIs are typically have a higher fare than normal cabs, by using the cab’s own meter, riders may wind up saving some money with their rides — the cabs may not mark up their price on account of Uber’s cut of the ride.

NYC residents can use the app to hail a cab, but not through SMS messaging. However, a mobile-optimized site is available and Uber suggests riders try that route if they need to get somewhere.

The way New Yorkers hail yellow cabs fundamentally transforms today, and we’re proud that it’s Uber who gave the Big Apple this option. New Yorkers will never again have to stand on a corner and have an available cab pass by a block away. With a quick click of your phone, Uber will now e-hail you any available yellow cab around the corner or, outside Manhattan, up to a mile and half away.

Per the agreement listed in NYC’s e-hail pilot program, UberTAXIs are prohibited from taking passengers to any of the city’s airports or any place outside of the five boroughs.

Earlier today, Reuters reported that Uber is raising money at a $1 billion valuation, but Kalanick emphatically denied the claim.