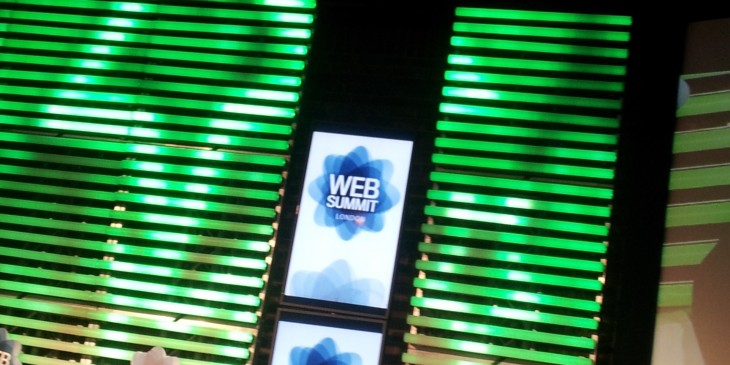 The likes of Stripe and Twilio both announced significant news for the UK and European tech ecosystem at the London Web Summit earlier today, while a day of pitches from more than twenty startups were finally whittled down to just four finalists. So it seemed a fitting end to proceedings to announce the overall startup competition winner – Flubit.

Flubit we covered in its infancy, before it eventually pivoted last year. It’s essentially a discount platform that promises users a discount on anything. The service asks users what they would like to buy, say, a TV. Users then provide a link to the best price for the item that they can find, as well as their email address and Flubit returns any better offers it can eek out.

Grand Cru is a games developer targeting the iPad gaming fraternity. Its first game, The Supernauts, launches shortly, and is a sandbox world-building game influenced by Minecraft and featuring multi-player support, though it has three more games in production this year.

Kreditech is an online big-data scoring technology, that’s striving to offer faster and more sustainable credit decisions. It essentially predicts how creditworthy a customer is in real-time based on 8,000 data points, operating business-to-consumer micro-loan platforms around the world, and builds business-to-business real-time scoring models for banks, lenders and debt-collectors.

Casting one eye back to the London Web Summit 2012, Seedrs was the winning company on that occasion, a startup that’s setting out its stall to democratize funding through crowdsourcing…let’s call it crowdfunding. It allows individuals to invest as little as £10, and as much as £100,000, in startups that use its platform. It went on to officially launch last summer, and actually raised a pretty chunky £1m ($1.58m) round last May.

More recently, SmartThings won the Dublin Web Summit in October, before going on to close a $3m seed round just before Christmas. So there’s a good precedent here in terms of startup winners going on to secure significant investment.

Elsewhere today, The Next Web caught up with a number of other early-stage startups, including NextStories, mCash and ShopNFly, from the Czech Republic, Norway and Israel respectively, and it was good to see a diverse range of companies demoing their wares; companies that we’ll be sure to catch up with a little further down the road.

For now, we’d just like to congratulate everyone at Flubit on their victory at the London Web Summit today.