Crowdsourced investing has arrived in the UK after Seedrs officially opened the doors of its alternative funding platform in the country today, mobilising a potential army of armchair investors for promising young firms.

Seedrs, which won the startup competition at the London Web Summit in March, lets investors to put anything from £10 and £150,000 into a startup, allowing everyday people to build a portfolio of fledgling companies and, most importantly, upcoming entrepreneurs to grab funds from new sources.

Crowdsourced funding has become a real phenomenon in recent times — thanks to many of Kickstarter’s million dollar success stories — and Seedrs aims to take this to the next level to benefit the UK tech scene. On the safety and transparency side, the firm — which has been developed over three years — is authorised and regulated by the FSA (Financial Service Authorities), something that it claims is unique among its space, and it briefs all users with the potential shortcoming of investing before they doll out money.

In advance of laying down cash, would-be angels must pass an online test that “proves they understand the risks involved in investing in startups.” Post funding the investment is held and managed by Seedr, something which the firm says benefits both parties as it protects investor interests and minimises the hassle for the startups involved. 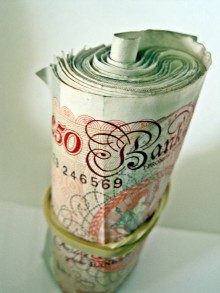 The UK’s tax system, which is so often the bane of British living, is actually a plus point here as Seedrs points out that “uniquely generous tax breaks” that are open to tax-payers who invest in eligible businesses. Most of those listed on Seedrs fall into that bracket and, as a result, potential backers can see up to 78 percent of their money back upfront, the company says.

That tax bonus helps sharpen Seedrs’ pitch to investors, that putting money into a startup is a viable alternative to more traditional options.

Says co-founder and Jeff Lynn: “As people in Britain look for more tangible and ‘real’ places to invest their money, beyond the conventional and poorly performing products they have been sold in the past by institutions that have let them down, the launch of Seedrs today is particularly timely.”

“By creating a properly regulated platform where people can enjoy the process of picking and choosing the businesses and people they want to invest in,” he continues, “we aim to breathe new life into the enthusiasm people in Britain feel for supporting the awesome pool of ideas and business talent this country has.”

The ‘proof’ of the investment argument comes via the ‘“Siding with the Angel‘ report from NESTA and the British Business Angels Association (BBAA).

Seedrs points out that the report concludes that investing in startups provided an annualised return rate of 22 percent, which was higher than the rate for gilts, property and some shares. However, the research was published in 2009 and does also states that “business angel investing is risky, but overall appears to generate attractive outcomes.”

For startups, the platform is addressing a void in early stage funding. UK angel investors and venture capitalists are prone to putting cash into established firms that are scaling, Lynn says, leaving life difficult for those trying to get a foot-up to get started.

In response, the crowdsourced service will “transform the ability of great new businesses to get off the ground in the UK”, he argues.

All makes sense so far and, in terms of monetisation, Seeders keeps it simple. The comapny takes 7.5 percent of all funds raised by startups and, similarly, 7.5 percent of any return that investors make beyond their initial level of funding.

Like Kickstarter, firms are required to provide a funding target and, if that figure is not met, the pledges are returned to investors and all parties walk away without losing or paying anything.

The overall concept is a fascinating one and it will go some way to helping fill the Kickstarter void in the UK, albeit that the focus and entry requirements are a variant of the US-only crowdsourced funding site.

To help populate its options for potential investors on launch, Seedrs opened its platform to interested startups in May. The site is available in the UK only initially but there are plans to increase its support to other markets “in the future.”

March 2012 saw London-based Seedrs close $1 million in investment from a range of backers including DFJ Esprit and Digital Prophets.

The company explains its approach and benefits for investors and startups in more detail within a large Q&A section on its website.