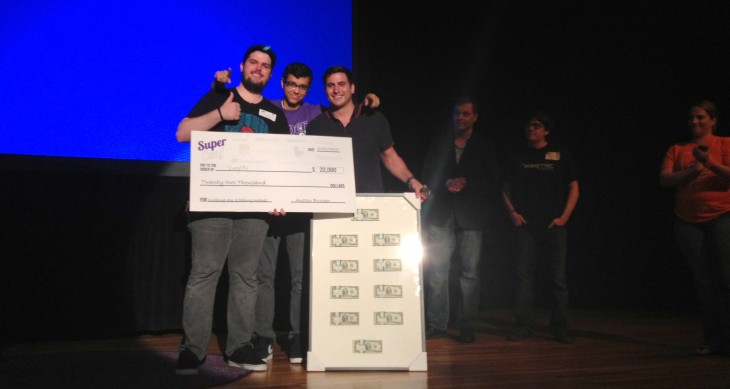 The third edition of SuperConf officially kicked off at Miami’s Knight Center this Thursday with Startup Blast Off, a pitching competition that saw eight teams compete for a top prize of $22,000 in cash and rewards.

Earlier in the day, a selected group of participants had gathered at The LAB Miami for private workshops on product design, development and growth hacking, three topics that are at the core of SuperConf’s identity.

As a member of the Startup Blast Off jury, I was keen to help pick the company that would succeed LiveNinja, the Miami-based startup that won the competition in 2012. Fellow judges this year were Adam D’Augelli from True Ventures, angel investor and lawyer Juan Pablo Cappello, and SliceHost’s co-founder Matt Tanase.

Here are the companies that took part in the pitching and Q&A session (in alphabetical order):

After deliberating, we decided to pick Boatsetter as the competition’s runner-up. Besides its model, which brings Airbnb’s approach to a whole new market, we liked the fact that its founder Marc Billings didn’t shy away from addressing the challenges facing his venture.

We then attributed the main award to Vinylfy, which has a promising product and a passionate founder, José L Pimienta, who can help it become a must-have among vinyl fans. While our choice may have come as a surprise to some, we felt that the award and corresponding cash prize would have a bigger impact for Vinylfy than for some of its challengers, as it can contribute to build on its early organic growth.

Over the past three years, we have been able to launch some pretty remarkable companies, such as LiveNinja, 71lbs, Flomio, Code School and Politify just to name a few, and we feel this conference is an important element in feeding our local entrepreneurial ecosystem in Miami.

Day 2 of SuperConf is starting in a few hours, and will feature talks from .CO‘s CEO Juan Diego Calle, KISSMetrics‘ founder Neil Patel and many others – stay tuned for upcoming updates.