The Miami-based foundation invested a total of $250,000 in the project, with the rest of the funding coming from a group of Florida-based investors led by Faquiry Diaz-Cala, Boris Hirmas Said, Daniel Echavarria and Marco Giberti (see our previous interview).

Thanks to the funding, The LAB Miami has moved into a new space, which is much larger than its previous location. Both venues are located in Miami’s Wynwood Art District. As you may know, this trendy neighborhood is home to over 70 galleries, museums, art collections and many graffiti and street artists.

Before the official announcement was made, The LAB Miami had already started to make use of its new venue. While adding the finishing touches to its space, it welcomed HackDay’s latest hackathon for a weekend of non-stop coding, followed by the first edition of Wayra Global Demo Day (see our story).

Some of Knight Foundation’s funding is a $30k grant that The LAB Miami received as part of Knight Arts Challenge Miami, which is dedicated to fostering the arts. The LAB’s winning project is a three-day art hackathon that will bring together artists and geeks.

As a matter of fact, one of the differentials of The LAB Miami and of Miami’s tech scene as a whole is the connection it boasts with the art world. “Our message is come for Art Basel, and stay for AVCC,” lawyer, entrepreneur and investor Juan Pablo Cappello recently told the Miami Herald, in a reference to the well-known art fair that brought many art collectors and amateurs to the city over the last weekend.

The LAB Miami will also take this connection into account. “The campus is seeking a diversified mix of tenants that includes tech startups, programmers, designers, investors, serial entrepreneurs, nonprofits, artists and academics to create a dynamic environment,” it explained in its press release.

The LAB Miami campus is now accepting applications for its first tenants and will officially open for business in January of 2013. Once inaugurated, it will provide up to 300 members with in-house mentoring from a community of local and international angel and venture investors, several of which are also entrepreneurs. 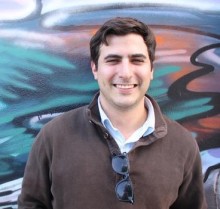 It’s important to note that The LAB Miami positions itself in a campus, as it plans to offer an education and event curriculum with courses on business, technology, art and design, that will be open to the general public. “We are building a platform for innovation exchange, a place to learn from the best, act on your inspiration and build great companies,” its co-founder Wifredo Fernandez says.

There’s no doubt that The LAB Miami could play an interesting role in Latin America’s tech scene. One one hand, it could foster the city’s tech scene and inspire new entrepreneurs. On the other hand, it could be a destination for Latin American startups venturing into the US. “The LAB will serve as a launching and landing point for startups throughout the Americas and as a learning hub for the Miami community,” Fernandez concludes.

Disclosure: The AVCC paid for TNW’s flights to Miami.