When I landed in Miami on Thursday I was greeted with warm weather, an ocean breeze and the promise that I’d be impressed with what I saw during SuperConf’s Startup Blast Off. SuperConf, a second-year event, is one of the only tech conferences in the South Florida area. While there are meet-ups of varying size and focus, SuperConf is the one place where the entire ecosystem is set to come together.

I had specifically asked to not be briefed on the startups ahead of time. I find that, if I’m trying to judge a competition, it’s better if I go in blind so that I can get that wow factor instead of having any preconceived notions about the company simply based on a short description. Friday, I was treated to pitches from 9 startups, in front of a panel of judges who are much more esteemed than myself. Here’s the rundown:

Freqent is looking to solve a really hard problem – customer loyalty programs. They’re hoping to do this by taking a single card that will work at any retailer, and to integrate it with a system that runs on an iPod touch. This would eliminate the high overhead cost of most other systems.

I was promised that one of the startups would raise my eyebrows, and Politify certainly did. It’s a platform by which the average American can see how government decisions will affect their wallet. It uses algorithms and real-world numbers to show you exactly what the cost of that new bill or suggested change will be.

This company certainly isn’t the first to have the idea, but LiveNinja is probably the best I’ve seen to do it yet. It is aiming to take video chat into a platform by which you can use your expertise to teach and get paid for it. Think of it like a Skillshare but via webcam instead of face to face.

Did you know that if the FedEx or UPS package that you shipped is late, you’re entitled to a refund? Jose Li knows, and he’s taken his 15 years of logistics experience with companies like FedEx, Alibaba and Jamba Juice to make 71lbs. The company handles all tracking of your small business’ shipping and it will get the refund for you if your packages are late. But it’s also a data company, and we’ll be looking at that side of things in a full review sometime in the future.

Chances are, if you’ve had a roommate, you’ve had problems. Goodmate is aiming to solve many of the common issues by replacing the typical notes on the fridge and whiteboard methods. Goodmate will handle the splitting of bills, task lists and even has a way to figure out who owes what when someone foots the bill for pizza. Oh sure, you could do most of this on your own with an in-depth Excel spreadsheet, but do you really have the time or knowledge? 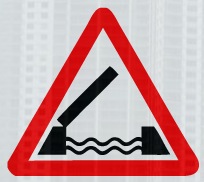 Traffic in any metro area is a problem, but that problem only gets worse when you combine it with infrastructure issues like trains or drawbridges. WhatUpBridge is an ambitious startup that is treating the symptoms of the infrastructure problem by placing sensors onto bridges and crossings. These sensors can then alert you to potential delays, allowing you to reroute yourself as long as you’re far enough away from the obstruction.

Flomio is, in 2 words, potentially huge. NFC and its ilk are difficult monsters to tame. Flomio is working on an API that allows anyone to build NFC and RFID-enabled applications. One such example was a turnstile that you might see at an event, which, when hooked up with NFC via Flomio, would interface directly with ticketing websites such as Eventbrite. The company is working on a proof-of-concept solution that will focus on loyalty rewards, but expect much bigger things once it has graduated from the TechStars Cloud program in San Antonio within the next couple of months.

Code revision, pair programming or just plain hacking, CodeMeet is aiming to make it easier. It’s a webcam chat program, inside of which resides a window where you and a team can code together. Founder Deverraux Jones is a one-man team, bootstrapping the startup in hopes of changing the way that teams work and companies recruit. He comes from a distinguished line, having graduated MIT with a double BS in Chemical Engineering and Biology, then founding Caspian Holdings, which helped to develop the water infrastructure in Liberia.

Think speed dating. Now, think speed dating via webcam. That’s DateLatte. There’s no site yet, but we saw a working prototype today. It’s based on Facebook’s Open Graph, in order to verify identities to the system, but it’s completely anonymous until you choose to speak the the person on the other end. Once you do, you’ll get a chance to chat back and forth during one of the pre-scheduled events, which are held at times when people are most likely to be at home and in front of their computers.

All of the judges, which included founders, VCs and yours truly, went into the deliberation expecting to choose either 71lbs or LiveNinja. 71lbs has an incredible business model, and LiveNinja’s pitch was completely flawless. We were highly impressed by what the Flomio team is doing, but collectively felt like there was something being held back, which may very well be the case since the team has another demo day coming up for TechStars Cloud shortly.

After talking for a bit, the name that kept coming up over and again was that of CodeMeet. The mix of determination, willingness to accept feedback and ability to code a really solid product put Deverreaux’s project ahead of the pack. He takes home a mixture of cash and prizes valued at $26,000. The runner up prize went to the team of LiveNinja. We simply couldn’t deny the work that had gone into the site, the time that had gone into the pitch and the potential that it held.

Day 2 of SuperConf continues today, and it’s going to be filled with speakers like Jason Baptiste from OnSwipe, Ben Bleikamp from Github and many more. We’ll be bringing you all of the stories, but make sure to catch the live stream, as well.