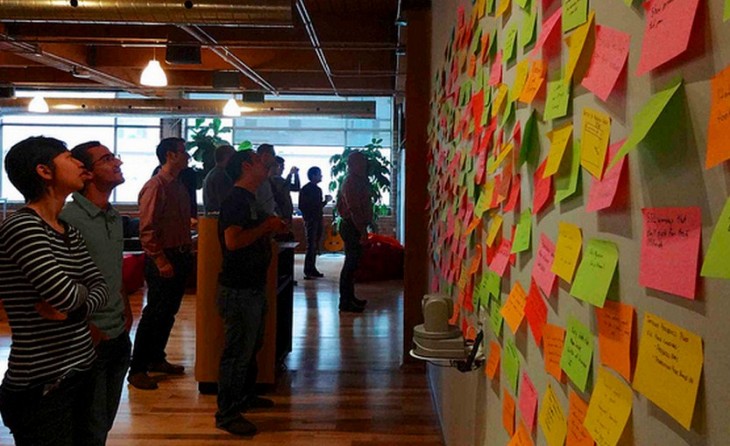 When it comes to discussing and commenting online, there a few heavyweights that have dominated our favorite websites: Disqus, LiveFyre, Facebook’s solution and so on. I also suspect that you aren’t especially happy with any of the available services. Here at TNW, for example, we have bounced back and forth from option to option, trying to find a tool that fits our needs.

There is another option in the market, a company by the name Realtidbits, that has been quietly acquiring customers for its commenting system that has a focus on flexible integration, brandability, and the option for readers and users to leave comments that are made up of more than simple text.

Realtidbits is an odd company, having built its product to serve over 200 million pageviews of content monthly, and becoming profitable before coming out into the public eye. I say odd in the most generous and genial way, because what the firm has built is, from the perspective of a larger website, quite intriguing.

But do not expect to get it for free. Unlike most other commenting providers, Realtidbits has no free option. Instead, its average customer, which has traffic around the 10 million monthly pageview mark, is a paying customer.

Realtidbits has an advantage in that it works with partner websites on an individual basis, meaning that it can better mold itself to match where it is being inserted. Key to this value proposition is the ability to change, and extend the Realtidbits product.

To give an example of this, Realtidbits powers commenting on the website for The CW Network. They have a page set up where readers and viewers can post Spotify links – a form of content that it supported – creating a page that functions as a social playlist for its fans. Users can also leave video comments, post pictures, and so forth.

Realtidbits can accept more information than mere user input, however. The company has a service called SocialBridge which can be used to bring content directly from Twitter, to pick one example, based on certain hashtags. Thus, a website could import a social stream of information into the comment section of its site, adding context and color to a perhaps real-time event.

Or not. That’s why Realtidbits has managed to land the accounts that it has. Whatever someone wants, they get. The company will even write new plugins for its platform to service its customers. Naturally, the larger your account, the more development time you can command, I assume. That said, Realtidbits’ boss Kelly Abbott told TNW that his service is designed for websites of enough size that they have their own development team.

Finally, Realtidbits provides analytics that plug directly into whatever your current traffic tracker is, Google Analytics for example.

So, what next for Realtidbits? The company isn’t venture backed, according to Abbott. That in mind, it doesn’t have to grow at ‘accelerated’ rates. Instead, the company intends to grow its business at a sustainable pace. That only sounds like a strange business strategy as we’ve been living in San Francisco too long.

Until today, Realtidbits has been operating mostly in the shade, content to collect partners and revenue. Now it wants a more public profile. Presumably, to drive new customers in its direction. The implication thereof is that the firm feels solid in its infrastructure and ability to take on more accounts.

Realtidbits has proven that large sites are willing to pay non-trivial sums for commenting capabilities. This opens up the high end of the commenting market. Perhaps Disqus et al will come after the firm. As we’ve said for years, the commenting space is heating up.

Read next: Intel is building an Internet TV service with a camera-sporting set-top box; platform to launch within a year