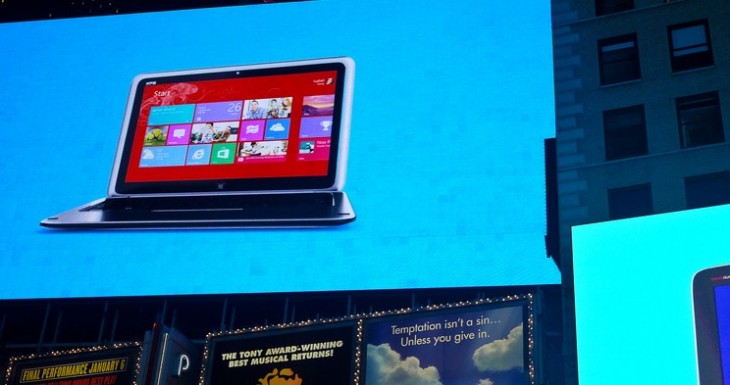 Today Intel reported its fourth quarter financial performance: including revenue of $13.5 billion and earnings per share of $0.48. Intel had a total net income of $2.5 billion for the quarter.

Global PC demand declined last year, a key weakening for the chip provider, whose name has long been synonymous with personal computers. Analysts had expected earnings per share of $0.45 and revenues of $13.53 billion. Intel bested the earnings per share expectations, and was all but flat in regards to its total sales for the quarter.

Intel is a bellwether of sorts, given its high-profile status in the PC market — if Intel earnings are down, it could spell tough times for all firms involved with the creation, sale, and running of computers, including software providers.

The company acknowledged the market’s weakness, stating that “[t]he fourth quarter played out largely as expected as we continued to execute through a challenging environment.” Intel went on to claim that it has made “tremendous progress” in the year, citing progress into the tablet and smartphone markets; if you were looking for a post-pc era point, that’s it right there.

For 2013, Intel expects its revenues to rise a low-single digit percentage; this isn’t sharp growth. It’s not hard to find the reason for this, as Intel stated today: “PC Client Group revenue of $8.5 billion, down 1.5 percent sequentially and down 6 percent year-over-year.” That specific weakness is likely the key drag-point that will keep the firm in slow-growth mode for the coming 12 months.

At CES this year, Intel highlighted its progress powering smartphones and tablets, and announced coming, lower-power chips that will run the next generation of its Ultrabook project.

According to IDC, PC sales slipped a sharp 6.4% in the fourth quarter, noting that “Windows notebook sales were going down all year. This isn’t new. This isn’t an acceleration.” Still, acceleration or no, it remains poor news for Intel and its ilk.

During normal trading, Intel rose roughly 2%. In after-hours trading, directly following the announcement, Intel is up more than a percent.

What follows is Intel’s release:

For the fourth quarter, Intel posted revenue of $13.5 billion, operating income of $3.2 billion, net income of $2.5 billion and EPS of 48 cents. The company generated approximately $6 billion in cash from operations, paid dividends of $1.1 billion and used $1.0 billion to repurchase 47 million shares of stock.

“The fourth quarter played out largely as expected as we continued to execute through a challenging environment,” said Paul Otellini, Intel president and CEO. “We made tremendous progress across the business in 2012 as we entered the market for smartphones and tablets, worked with our partners to reinvent the PC, and drove continued innovation and growth in the data center. As we enter 2013, our strong product pipeline has us well positioned to bring a new wave of Intel innovations across the spectrum of computing.”

Intel’s Business Outlook does not include the potential impact of any business combinations, asset acquisitions, divestitures or other investments that may be completed after Jan. 17.