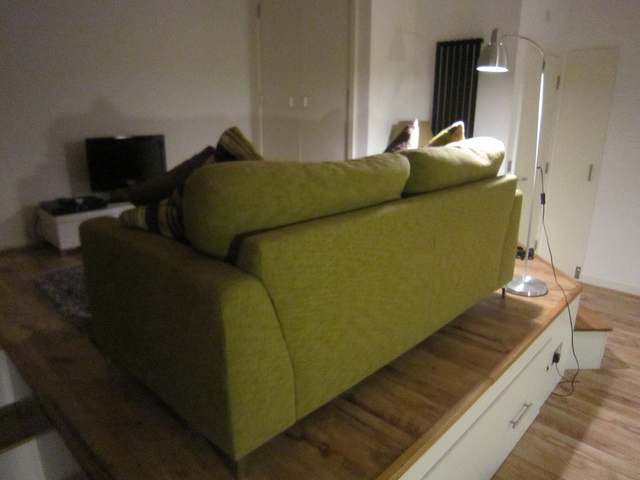 The first question that people always ask me about Airbnb when I bring it up is “What if someone steals my stuff?” That’s a fair question and even though it hasn’t slowed the company down, it might stop people from listing their apartments and extra rooms.

Airbnb has something in place it calls the “Host Guarantee“, which covers Airbnb listers in the event of: “theft, vandalism, or damage due to a guest’s gross negligence.” Up until today, the company would reimburse you up to $50,000 in case something unfortunate happened.

The company wants you to know that it’s serious about making its hosts feel at ease, so it has partnered with one of the biggest names in insurance, Lloyd’s of London, to increase the Host Guarantee to $1,000,000. The best part about this new level of insurance is that it’s free to Airbnb hosts.

While most standard insurance markets (like the ones you see commercials for) would decline this type of business, Lloyd’s of London is known for accepting unusual and complex insurance risks and is regarded as a very financially strong company.

One insurance expert told us that this partnership was a “brilliant move” on the part of Airbnb and that “no other insurance company would have touched this type of risk with a 180 foot pole”.

Here’s what Airbnb had to say about the impressive new Host Guarantee:

This is an umatched level of protection in the industry. To bring it to you, we’ve partnered with Lloyd’s of London, one of the world’s most reputable names in insurance. And it’s 100% free for Airbnb hosts.

Although you’re unlikely to experience any issues with property damage on Airbnb, we understand that you need protection. The new Guarantee will reimburse you for covered property damage up to $1,000,000.

Every single booking on Airbnb in eligible countries is covered by our $1,000,000 Host Guarantee – at no cost to you. You’re part of our family. And we stand by our family.

While I haven’t personally listed a room on the service, I know plenty of people who have. Out of those who had someone stay at their place, none of them had any incidents to speak of. That’s not to say that it doesn’t happen, so it’s nice to see Airbnb up its game.

The company isn’t going to just hand money over to you, by the way, as there’s a process to filing a claim if something does happen.

Read next: HTML5 runs up to thousands of times slower on mobile devices: Report