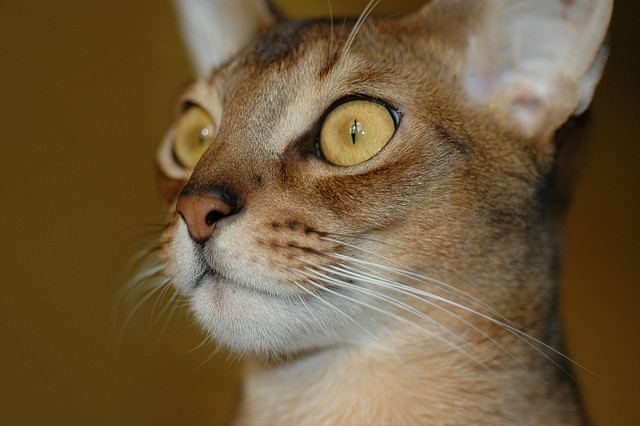 In response to our piece about questionable viral tactics, video sharing app Socialcam has made some changes to the way that it displays YouTube videos on its website, as well as within your Facebook Newsfeed and Timeline.

I spoke to Socialcam’s CEO Michael Seibel today and he walked me through these changes, saying the company has “gone out of its way to make it clear that what content comes from YouTube”. While our original piece questioned the tactic of bringing in outside content at all, we’ll let you decide how you feel about it now.

Among the changes, the company has fixed the social sharing button, which would turn itself on when you visited a video via Socialcam on the web. Not only was this annoying, but it caused a stream of content to be shared, unknowingly by users, which of course benefited Socialcam by way of views and registration numbers.

The only catch is that when you turn social sharing off on the web, the settings within its iOS app will still show that it’s on, even though it’s not. There’s a UI fix for this that will that will be released in a future update, I’m told.

Additionally, Socialcam has added two small links that let you remove a video from your Timeline if you have social sharing turned on, or delete the app from your Facebook account completely:

These changes are great, even though the gray links could be highlighted a bit more.

Making things clearer for the users

When you visit a Socialcam video on the web, you’ll see the same social sharing toggle that you saw before, but the company has taken an added step by putting its current mode in the top right of the page. This helps users know exactly what mode they’re in, no matter where their eyes drift on the page. This is a healthy update and think it’s a better experience overall.

Additionally, Socialcam has added “powered by YouTube” graphics to the top of the embedded video, as well as along the right hand side where related videos are shown. Along with the “powered by” graphic, you’ll see that the user attached to the video is listed as “Top YouTube” so there’s no confusion as to where these videos came from:

The thing that really got the viral cycle going for Socialcam with these YouTube videos was how fast they spread on Facebook. When you watched a video, it would pop up in your friend’s Newsfeed and on your Timeline. The video was labeled with “recorded by Socialcam”, even though it obviously wasn’t. This was the tricky situation that really caused people to cry foul on what was going on.

Socialcam has cleaned up its act on this and is now labeling things as “shared with Socialcam” in the Newsfeed:

When you visit someone’s Timeline and hover over the video name, it is now clearly labeled as coming from YouTube:

These particular changes, although seemingly small, address the issues that we brought up about the potential for your friends to be confused as to whether this was user generated content through Socialcam, or simply old popular YouTube videos.

The moral of the story

The question that we asked in our original piece got us some interesting answers. We wanted to know just how far companies would go to be the next “billion dollar app”, and it seems that some will do just about anything to reach a proper “critical mass” to get attention from the press and appear to be huge.

In the case of Socialcam, which we pointed out was using a marketing service called FreeAppADay even though it’s not a free app, it certainly appears that some corners were initially cut by bringing in content from a source like YouTube. Whether those gaffes were made to deceive and inflate its numbers is for you to decide.

I’m told from a source that the FreeAppADay relationship is one that Socialcam didn’t pursue. In fact, the company offered Socialcam prominent placement and services for free. By pushing an app up the charts, especially one that’s in the press quite a bit, is a feather in FreeAppADay’s cap. I had pointed out that using marketing services like this wasn’t against any rules per se, it just didn’t make Socialcam’s growth look organic.

The moral of the story is that “social” is still in its infancy. Facebook’s Open Graph is still very young and people are trying to figure out how best to use it to benefit them.

At the end of the day, if something “feels dirty” then others will eventually pick up on it as “dirty” too. Faking things till you make it isn’t the way to go, no matter how much money is on the line. You’re only fooling yourself, and your users, if you think otherwise.