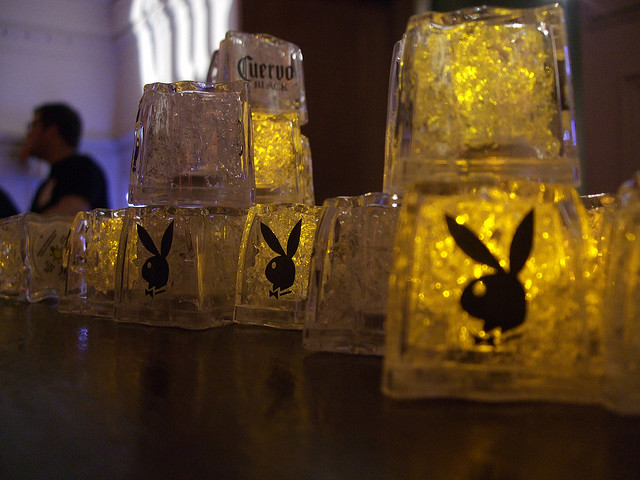 Even if you don’t follow Playboy on Twitter, you have probably heard about something the company does every Friday using the hashtag #FriskyFriday. Basically, Playboy asks ladies to share pictures of themselves and then chooses a winner at the end of the day.

The company gets tons of entries and needless to say, a bunch of interaction around the content. The story behind how the phenomenon got started is an interesting one that starts with Playboy’s current Social Media Manager Allie Sullivan. That’s right, a guy didn’t start all of this madness.

Sullivan’s story begins with getting the gig of a lifetime at Playboy, turning it into a case study for brands in any vertical, and proof that consistency definitely catches an audience.

The Next Web: Can you tell us how and when #FriskyFriday got started and why?

Allie Sullivan: When I was applying for my social media position at Playboy in the fall of 2010, I had to create a two-year social media plan as the final piece of my interview, and the concept of #FriskyFriday was part of that plan (though at the time I envisioned the hashtag #FlashFriday, yikes!). My goal was to have it kickoff with one Playmate, see how it was received, and invite other Playmates to participate, which would naturally lead to Playboy model participation and female fans as well.

Once at Playboy, I started working with the 2010 Playmates to give them advice on how they could use social media to garner more votes for the online portion of Playboy’s Playmate of the Year 2011 competition. Miss November 2010 Shera Bechard, now one of Hugh Hefner’s girlfriends, was one of the Playmates that I spoke with and was open to anything, so she was the perfect Playmate to encourage to post a sexy pic on the same day every week, with a fun name so that fans would come to expect and get excited for her pics. That was the only direction that I gave Shera and that week, she posted her first sexy-self shot with her camera phone for FriskyFriday, though the hashtag didn’t come about for a couple months. 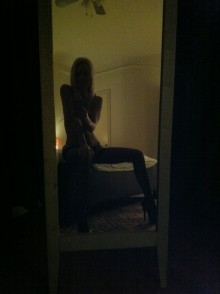 For two months, I retweeted Shera’s FriskyFriday picture from Playboy’s Twitter and after a couple of weeks, our followers were asking for it first thing Friday morning! It was time to get more Playmates involved, so Shera and I reached out to her Playmate sisters asking them to join the fun. We started using the hashtag #FriskyFriday so that our followers could view them by checking the retweets out at Playboy, or by simply following along at the hashtag. The hashtag was also an easier way for me to monitor the pictures coming in, since we have over 120 Playmates on Twitter, who tweet a lot throughout the day!

The Next Web: What type of engagement numbers do you see on Fridays and how has it grown over time? 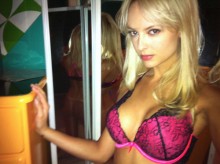 Allie Sullivan: In 2011, I grew our Twitter account by 300% and the majority of that growth has #FriskyFriday to thank for. If you look at a graph of @Playboy’s weekly growth, you will see that on average, Playboy’s daily followers triple every Friday compared to every other day in the week. When we first started #FriskyFriday after inviting Playmates to join Shera in posting pictures, we would retweet anywhere between 8-12 images on a Friday. Now, we typically retweet about 60 images, retweeting anywhere between 5-10 minutes over 10 hours. There are at least 50K @ mentions on #FriskyFriday, around 350K clicks on tweeted links retweeted by Playboy every Friday, and our weekly Storify posts generate an average of 50K views.

While the success of #FriskyFriday has definitely helped fan engagement, site traffic and follower growth for both Playboy and participants, we’ve also been able to monetize social media through #FriskyFriday. We have worked with our Playmates to create dozens of sponsored #FriskyFriday campaigns, where I give them direction and sometimes props, as well as text and hashtags to use for their tweets. For example, we have worked with HBO for the season premiere of ‘Entourage,’ Spike TV’s show ‘Ink Master,’ and recently, American Pie’s newest movie, ‘American Reunion.’ Our female fans all over the world often catch on to the themes and participate too, giving our advertising clients added value, as well as entertaining our Twitter following in a natural way.

The Next Web: Do you do anything similar on Facebook, if so, how is the interaction different than Twitter?

Allie Sullivan: We do not do anything remotely similar on Facebook as a lot of the images are ‘implied nudity’ which is against Facebook’s guidelines. We do however post and link to our #FriskyFriday weekly Storify post on our safe-for-work blog, www.TheSmokingJacket.com, and it is one of our most liked features on our Facebook page (It’s also wildly popular on Playboy.com I’m told).

The Next Web: Are you thinking about expanding the hashtag efforts into something daily?

Allie Sullivan: Right now there are no plans for that. #FriskyFriday is great because, one I am only one person, but also because our fans look forward to it every week. Having a daily hashtag would take away from the magic of #FriskyFriday. There are hashtags for every single day of the week for aspiring models to post pictures to Twitter, but having one day, and one hashtag that recognizes Playmates, Playboy models and fans is the way to go.

I am leaving Playboy at the end of the month, and while I will miss the baby that Playmate Shera Bechard and I created, I have to admit that I look forward to having my Fridays back! I hope to see Playboy continue to improve #FriskyFriday and for it to grow and get more popular as time goes on.

While the content that Playboy focuses on is clearly the type that draws eyeballs and attention, there’s a lot to be learned from what Sullivan has done during her time managing the social media direction of one of the world’s most popular brands.

It will be interesting to see where she ends up next, as I’m sure that her services are in pretty high demand after seeing what she’s done with #FriskyFriday. You might think that by having lovely ladies to tweet all day would equal immediate success, but Sullivan has clearly put a great deal of work into curating the photos that are sent in.

Even if you’re not a fan of Playboy, you have to be quite impressed with the longevity of the campaign, and how it’s opened the doors into new ways of generating revenue for the company while making its customers even happier.

Read next: This video single-handedly destroyed my faith in the future of humanity