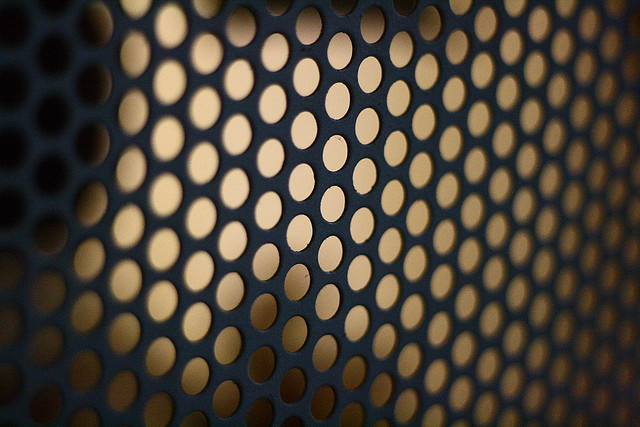 Just two days ago we told about an app called Everyme, which solves some communication problems that we’re currently trying to tackle on social sites like Facebook and Google+. How can we easily, and privately, share personal moments and have fluid conversations when all people aren’t on the same platform? Everyme gave us a solution for that very question, allowing you to interact with circles of people based on your address book, Facebook friends, and Twitter connections.

Since its launch, over 200,000 people have “magically” been placed into over 17,000 circles. This is a pretty nice milestone for a company that has been under the gun thanks to pre-launch hype about reinventing the address book. During the process, the team solved some bigger problems and pulled what many in the Valley like to call a “pivot”.

The team realized that some of its early beta requesters might be surprised by the change in focus, so it emailed this note out on launch day:

P.S. Many of you may have been expecting an app that replaced your address book and let you view the social feeds of your friends. You are probably disappointed that Everyme is not that product; however, we couldn’t have made the product we have now if we hadn’t started as we did. We urge you to give the new Everyme a try, and let us know what you think.

The note was extremely upfront and even undersold the product a tad bit. In case you’re wondering, here’s an exclusive look at what Everyme started out as, an app that pulled social stories into address book entries, which the team found wasn’t as social as it had originally thought:

I had a conversation with Everyme co-founder Oliver Cameron about how Everyme came to be what it is today:

TNW: What was it about address books that made you want to think about focusing on them in the first place?

Oliver Cameron: The address book has always intrigued us. It’s this special list that people have curated over many, many years. Normally, an address book contains the people closest to them, so it’s a really interesting starting point to building a social network. Building the insane technology that we did, which matched social profiles with their address book contacts, opened a lot of doors in terms of what we could do with it. Organizing the address book was our first stab at using the technology in a useful way.

It’s also a crazy technical challenge, which my co-founder Vibhu and I both reveled in.

TNW: What did you learn while you were creating the initial product?

Oliver Cameron: We learnt so much about how people keep in touch. In Silicon Valley, it’s the norm for people to have insane address books with thousands of contacts, but in the real world, it’s this incredibly intimate list of people. It usually includes groups like:

After finally figuring this out, and looking at address books in the real world, we decided to use our technology to magically figure these groups out for you.

TNW: How long did it take the switch gears to what we saw launch this week and what was that process like for the team?

Oliver Cameron: Literally one evening. We had an epiphany after seeing all of our close friends and family using the app. They loved the fact they could just effortlessly keep in touch with their family. It was a tough decision, but that next day we all decided to cut out the organization aspect of what we were doing and nail the experience of Circles.

TNW: How much influence did your beta testers have in your shift away from “just an address book app”?

Oliver Cameron: More than I’d like to admit! Y Combinator’s motto is “make something people want”, and listening to them was the best thing we have ever done. It gave us focus, and focus is a beautiful thing.

TNW: Do you have plans to integrate some of your early work into future versions of Everyme?

Oliver Cameron: I think we’ll do interesting things with the tech we created, and may one day venture again into the world of organizing your address book. I don’t think it’d look like what we did before, though, we’ve learnt too much. What we’ve built right now is actually very complimentary to the address book side of things, but focuses more on the communication side.

TNW: Your original product had a lot of people excited, do you think that there’s still room for something else like it, or does your refocus reflect what others will learn trying to replicate it?

Oliver Cameron: I think it’s more of a case of what market you want to address. My co-founder and I have always wanted to create something that everyone can use, and the truth is that an address book replacement is very much in a professional market. Being in Silicon Valley, it’s easy to get carried away with thinking what you’re building is going to be used by everyone, but getting out into the real world, people are somewhat satisfied with the default Phone apps on iPhone and Android.

TNW: How has the launch gone, what are some early indicators on how sticky the product is for users?

Oliver Cameron: Superbly well! We have some amazing numbers (200,000 people in 17,000 circles). At our peak, we were creating a circle every second. We made 10 billion comparisons on people’s address book contacts in order to make 150,000 successful matches.

The best part was how we heard from a ton from people on how they love to receive these beautiful emails with stories from their loved ones.

That said, we have a lot of work to do. We’ve got a lot of feedback to incorporate into the app. We know we need to improve our onboarding and our tutorial that explains how the app works.

Just in case you haven’t given Everyme a try yet, here’s a look at what the social story functionality became:

It will be fun to watch Everyme evolve with feedback from its users, as it looks like that approach has paid off for the small company handsomely so far.